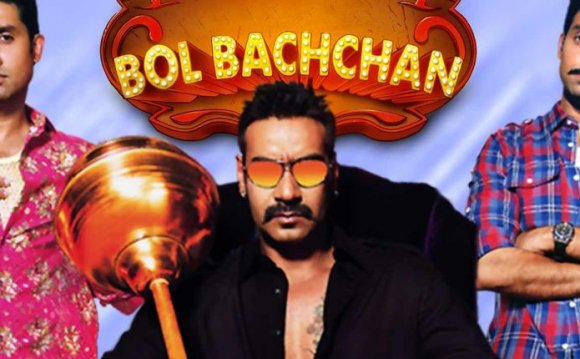 Amber Fort is the most amazing site and the palace is beautiful and the views of the other forts on the hills surrounding are also stunning. This is the best example of Incredible India. In the movies too, Amber Fort itself shows a sign of adventure. Amber Fort is steeped in rich traditions, values and valor, Jaipur with its pink theme treat the tourists with eyes and soul. As it is from the royal times and shows the dignity and pride of Rajputs and Mughals, so most of the movies related to traditional era are shooted in Amber Fort. The film fraternity is on a cinematic high in India Or rather we can say in Jaipur, Pink City, the capital of Rajasthan. If you want to see the cameras rolling, you no longer have to go to Mumbai. Jaipur not only attracts Bollywood, but also Hollywood movies. Guess the Bollywood crowd is not interested in the Swiss Alps and exotic beaches anymore and nowadays they have discovered Jaipur’s grandeur and scenic beauty.

Bol Bachan : The Bol Bachchan movie’s shooting was done in Amber fort, Jaipur. The Bollywood stars Abhishek Bachchan, Prachi Desai visited Amber Fort and movie shots were taken. The shooting was done with crew and caste enjoying the traditions of Rajasthan. On the shooting set was also spotted the film director Rohit Shetty. The actor was seen dancing near the market in Amer. Many fans as well as foreign tourists gathered to steal a glance while the shooting was going on. Security arrangements were made outside the Amer where large number of fans had gathered to get a glimpse of their favorite stars.

Veer : Veer movie was shot at Amber fort in the year 2009. The full film was planned to show the Rajasthani culture and the beauty of the state extensively. Saman Khan came into controversies while shooting the movie in Amber Fort. The full movie is based on Rajasthan culture as Zareen Khan was a daughter of one Raja. Near about 15 onlookers, including two camerapersons, were injured when a portion of wall at the historic Amber Fort collapsed during shooting of Salman Khan and the shooting was also kept on hold for some time for this reason but hopefully they got permission to carry on shooting till evening.

Jodha Akbar : This movie was shot at several places in North India including Rajasthan. The movie crew has booked the entire premises for the shooting. Amber fort is pictured during the narration part also. In the scene of the movie Bollywood star Aishwarya Rai Bachhan is cooking food for the king in the same kadhai which is placed in the Amber Fort. They have paid a fee of Rs 10 lakhs for a period of shooting for five days only.

Mirch : In 2008, Vinay Shukla’s “Mirch” was shot briefly at the Panna-Meena Baudi – a place near Amber Fort. According to Director Vinay Shukla many films have been shot in Jaipur and it has always been a director’s favourite location for shooting. Being a historical city, it offered the kind of location directors wanted for their film.