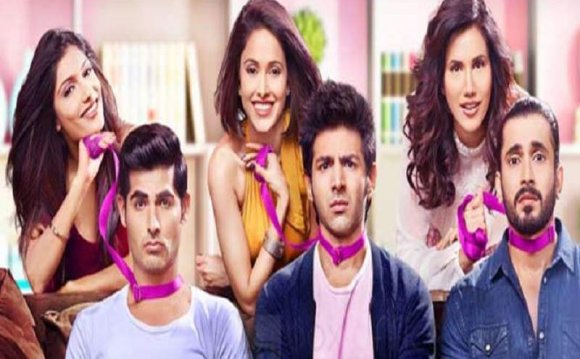 Total Siyapaa is another romantic comedy epic of Indian film industry starring Ali Zafar and Yami Gautam in pivotal roles. The movie has launched under banner of Reliance Entertainment across 850 theatres in India on 7 March 2014. The film also featured Anupam Kher and Kiron Kher in supporting roles, the duo has shared screen first time in any movie. Although the films received negative reviews from critics, flopped at box office but managed to collect it production cost in just two weeks after release.

The perfect chemistry of gorgeous actress Parineeti Chopra and handsome Sidharth Malhotra, who appeared first time on cinema screen together. The rom-com film has directed by Vinil Mathew while produced by Karan Johar, hit the theaters on 7 February in last year and enlisted it in top 10 most popular Bollywood comedy movies. The soundtracks of movie also gained fame including ‘Punjabi Wedding Song’ and Drama Queen while the comedy film has garnered 62 crore worldwide.

Saket Chaudhary directorial ‘Shaadi Ke Side Effects’ has released on 28 February last year, the story revolves around the married life of Siddharth and Trisha which went disturbed with a baby came to their life. The film starring Farhan Akhtar and Vidya Balan in key roles was basically a sequel of ‘Pyaar Ke Side Effects’ which was released in 2006. The film has been enrolled in most popular comedy movies following many comical events in their lives after got married.

‘O Teri’ is one of the most popular Bollywood comedy movies stars Pulkit Samrat, Bilal Amrohi in lead roles among Sarah-Jane Dias and Mandira Bedi. The comical roles of actors have been well appreciated but the movies collapsed at box office and received negative reviews from critics. Directed by Umesh Bist the film has special appearance of Salman Khan and her rumored girlfriend Iulia Vântur. The film has hit nearly thousand theaters across India 28 March 2014 under Reel Life Productions.

Happy Ending featuring Saif Ali Khan and Ileana D’Cruz is one more romantic-comedy release produced by Illuminati Films. Raj Nidimoru and Krishna D.K directorial also featured Govinda, Kalki Koechlin, Ranvir Shorey and Preity Zinta in supporting roles. The story of movie revolves around the life of Yudi, played by Saif Ali Khan, who is writer and wrote only one book in his life. His luxurious life has been disturbed with another female writer who replaced him in the company. The film has mixed reviews but managed to earn 218.9 million at box office in India.

Indian comedy action venture ‘Main Tera Hero’ starring younger actor Varun Dhawan, Ileana D’Cruz, and Nargis Fakhri in the pivotal roles released on 4 April 2014. The comical movie has received mixed reviews and garnered a reasonable sum at box office with all of hit soundtracks in the movie. The film has been directed by David Dhawan while co-produced by Shobha Kapoor and Ekta Kapoor, listed in most popular comedy movies following its amusing shots and talks.

‘P Se PM Tak’ is post production comedy film which is scheduled to release in last year but now will be released in this year, the movie features Meenakshi Dixit, who has appeared in numerous Tamil, Telugu and Malayalam films before, among other supporting cast Indrajeet Soni, Bharat Jadhav and Aanjjan Srivastav and Deepak Shirke. The epic is considered as one of most popular comedy release this year with funny characters and hilarious clips.