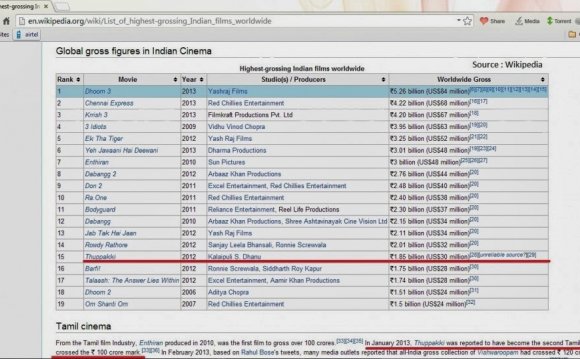 Bollywood delivered a lacklustre performance in the first few months of 2015 until ‘Piku’ and ‘Tanu Weds Manu’ and ‘ABCD 2’ happened! The Bollywood Box Office made windfall profits with blockbusters- Bajrangi Bhaijaan, Baahubali and Prem Ratan Dhan Payo. Bajirao Mastani and Dilwale are scheduled to release next week and are certainly expected to do good business.

ABCD 2: Remo D’Souza hit a jackpot with the sequel to ABCD- Any Body Can Dance. The film starred Varun Dhawan and Shraddha Kapoor besides professional dancers who were part of the first franchise.

Baahubali: This SS Rajamouli film that changed the way the world perceived Indian Cinema, went on to mint a whopping Rs 500 crores worldwide. The film brought ancient India back to life on celluloid.

Prem Ratan Dhan Payo: This Diwali release was loved by the family audiences. As Prem, Salman returned to the silverscreen in the Sooraj Barjatya directorial that has garnered of Rs 400 crores so far.