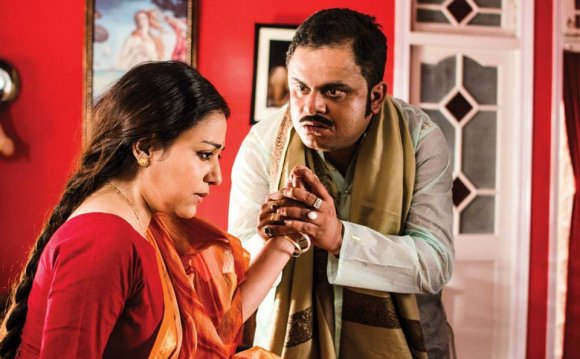 and many more… not listed

Bengali cinema refers to the Bengali language filmmaking industries in the Bengal region of South Asia. There are two major film-making hubs in the region: one in Kolkata, West Bengal, India (Indian cinema) and the other in Dhaka, Bangladesh (Bangladeshi cinema). Today, there are two Bengali-language film industries: the one in Kolkata, West Bengal, India (the Cinema of West Bengal, sometimes called Tollywood, a portmanteau of the words Tollygunge and Hollywood), is one of many centres for Indian regional filmmaking; and the other one in Dhaka, Bangladesh (the Cinema of Bangladesh, sometimes called Dhallywood, a portmanteau of the words Dhaka and Hollywood), is the mainstream national film industry of Bangladesh, see Cinema of Bangladesh (by Life as Fiction)

The cinema of West Bengal (Bengali: টলিউড) refers to the Tollygunge-based Bengali film industry in Kolkata, West Bengal, India. The origins of the nickname Tollywood, a portmanteau of the words Tollygunge and Hollywood, dates back to 1932. The industry is known for producing many of Indian cinema’s most critically acclaimed Parallel Cinema art films, with several of its filmmakers gaining international acclaim, most notably Satyajit Ray.

The film industry based in Kolkata, West Bengal, is sometimes referred as “Tollywood”, a portmanteau of the words Tollygunge, a neighbourhood of Calcutta where most of the Bengali film studios are located, and Hollywood. Tollywood was the very first Hollywood-inspired name, dating back to a 1932 article in the American Cinematographer by Wilford E. Deming, an American engineer who was involved in the production of the first Indian sound film. He gave the industry the name Tollywood because the Tollygunge district in which it was based rhymed with “Hollywood”, and because Tollygunge was the center of the cinema of India as a whole at the time much like Hollywood was in the cinema of the United States. Tollywood went on to inspire the name “Bollywood” (as the Bombay-based industry overtook the one in Tollygunge), which in turn inspired many other similar names.

The history of cinema in Bengal dates back to the 1890s, when the first “bioscopes” were shown in theatres in Calcutta. Within a decade, the first seeds of the industry was sown by Hiralal Sen, considered a stalwart of Victorian era cinema when he set up the Royal Bioscope Company, producing scenes from the stage productions of a number of popular shows at the Star Theatre, Minerva Theatre, Classic Theatre. Following a long gap after Sen’s works, Dhirendra Nath Ganguly (Known as D.G) established Indo British Film Co, the first Bengali owned production company, in 1918. However, the first Bengali Feature film, Billwamangal, was produced in 1919, under the banner of Madan Theatre. Bilat Ferat was the IBFC’s first production in 1921. The Madan Theatre production of Jamai Shashthi was the first Bengali talkie.A long history has been traversed since then, with stalwarts such as Satyajit Ray, Mrinal Sen and Ritwik Ghatak and others having earned international acclaim and securing their place in the movie history.

Hiralal Sen is credited as one of Bengal’s, and India’s first directors. However, these were all silent films. Hiralal Sen is also credited as one of the pioneers of advertisement films in India. The first Bengali-language movie was the silent feature Billwamangal, produced by the Madan Theatre Company of Calcutta and released on 8 November 1919, only six years after the first full-length Indian feature film, Raja Harish Chandra, was released.

The early beginnings of the “talking film” industry go back to the early 1930s, when it came to British India, and to Calcutta. The movies were originally made in Urdu or Persian as to accommodate a specific elite market. One of the earliest known studios was the East India Film Company. The first Bengali film to be made as a talkie was Jamai Shashthi, released in 1931. It was at this time that the early heroes of the Bengali film industry like Pramathesh Barua and Debaki Bose were at the peak of their popularity. Barua also directed a number of movies, exploring new dimension in Indian cinema. Debaki Bose directed Chandidas in 1932; this film is noted for its breakthrough in recording sound. Sound recordist Mukul Bose found out solution to the problem of spacing out dialogue and frequency modulation.

The contribution of Bengali film industry to Indian film is quite significant.First bengali talkies Jamai Shashthi (as short film) was released 11 April 1931 at Crown Cinema Hall in Calcutta and First bengali talkies as full length feature film Dena Paona was released 30 December 1931 at Chitra Cinema Hall in Calcutta Based in Tollygunge, an area of South Kolkata, West Bengal and is more elite and artistically-inclined than the usual musical cinema fare in India.

During this period, Bengali cinema enjoyed a large, even disproportionate, representation in Indian cinema, and produced film directors like Satyajit Ray, who was an Academy Honorary Award winner, and the recipient of India’s and France’s greatest civilian honours, the Bharat Ratna and Legion of Honor respectively, and Mrinal Sen, who is the recipient of the French distinction of Commander of the Order of Arts and Letters and the Russian Order of Friendship.