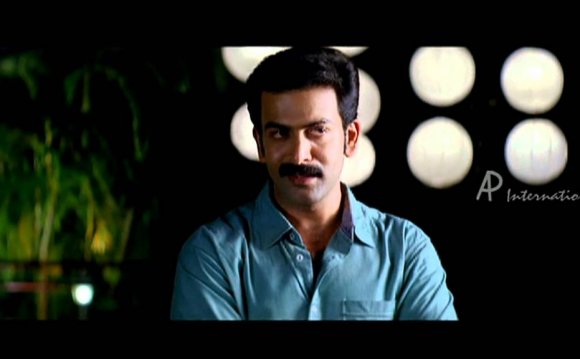 Filmi sangeet is the music from the Indian film industry. It is a commercial genre comparable to the Western "Top 40". The term "Film Song" is today somewhat of a misnomer because there are many songs of this genre that have never been in any film.

There may be questions concerning the artistic quality of the film song but there is no questioning its popular appeal. It is heard from every loudspeaker in India for every function imaginable. Its biggest appeal is to the youth and lower classes.

History of the Indian Film Song

The birth of the Indian film song may be traced to the advent of India's first sound motion picture in 1931. This film was entitled "Alam Ara" and heralded in a new era in Indian motion pictures. At the same time, it sewed the seeds for a new musical genre.

In the 30's three major film centres developed. These were based in Bombay (AKA Mumbai), Calcutta, and Madras (AKA Chenai). Of theses centres, Bombay was known for the making of films geared for national distribution, while Madras, and Calcutta were known for their regional films.

The early years of this industry were very fruitful. Between 1931 and 1940 India produced 931 Hindi feature films with an average of 10 songs per films. The numbers for the regional films from Madras and Calcutta, were much lower, but the orientation towards music was similar.

This period is notable for a number of major artists. Music directors such as Pankaj Mullick, Keshavrao Bhole, and Anil Biswas are a few who spring to mind. It is interesting to note that this early period did not favor "playback" singers. Many of the original actors and actresses sang their own songs. Many times, actors were chosen specifically for their singing abilities, Bal Gandharva, and Baburao Pendharkar are two examples.

In the 1940's and 1950's, the business began to shift away from the big motion picture studios to the independent producers. Although this opened the doors to many new musicians and music directors, the influence on whole was not positive. The distribution networks began to rely heavily on the "formulas" (i.e., "X" number of big name actors, "Y" numbers of songs, and "Z" number of dances, etc.). These formula films are known in Hindi as "masaala films". These formulas were determined by commercial and not artistic considerations. From that time on formula music became the norm. The number and variety of the film songs was solidly locked into place. The artistic results of making music by formula rather than inspiration is obvious.

This period is also significant for the introduction of the "playback" singer. Whereas the earlier artists acted and sang, the movies of this period introduced the custom of having actors who did not sing their own songs but instead had other singers do this for them. This is the playback singer.

The 60's and 70's represented a time of relative stability. It is true that there was an ever increasing standard of recording quality as technical advances were made. It is also true that a few artists would come and go. But for the most part, the playback singers such as Lata, Hemant, Asha and others of the previous decade had locked themselves into such a secure position that there was very little room for others to enter.

However there were a few new music directors to make it big. Kalyanji Anandji, R.D. Burman and Lakshmikant-Pyarelal are a few who would make their way into the business in a big way during this period.

The film industry was again shaken in the 80's and 90's. Many new developments would both adversely effect traditional businesses, yet present new opportunities for others.

The television has had a tremendous effect on this genre. In the 1970's the Indian Government began a project to introduce the TV throughout India. Unlike many other countries, the TV (known as "Doordarshan") is owned by the Government. The widespread introduction was originally for "educational purposes" (i.e., propaganda) and was not very inspiring. The original programming was not a commercial threat to the Indian film industry. However during the 80's and 90's, under political and economic pressure, the television began to open up to private productions. Such independent productions proved to be very popular and began to adversely effect cinema attendance. It also gave the music producers an alternative outlet for their musical productions.

Other factors effecting Indian film songs were the problems within the Bombay film world. For many decades, Bombay monopolized the Hindi film industry and therefore controlled the lion's share of India's film music. However, increased cost of production, rising trade unionism and organized extortion rackets working under the ruling Siv Sena Party have decimated this industry. (Although the Siv Sena Party is no longer in power, the effects of racketeering still remain.) Today a large number of Hindi films and film songs are being produced in Madras where conditions are more favorable. This shift has given a major boost to Madras based music directors such as A. R. Rahman and playback singers such as S. P. Balasubrahmanyam.

There are other factors that have shaken the industry. Overproduction of cinema houses in the 70's and 80's coupled with ever increasing entertainment taxes have made it difficult for many theatre owners to survive. This has shaken the distribution networks.

The result is that the nature of "filmi sangeet" is not as well defined as it once was. The creation of alternative media along with the decimation of the traditional Indian film industry has produced an interesting business and artistic environment. It appears that film music is in the process of spawning a number of new and related genre. However their definition is not yet clear.

It is impossible to make any statement about the musical aspects of film music. Classical and traditional elements may be found, yet it is more likely to be dominated by Western jazz, rap, disco or whatever styles may be in vogue. It is even common to mix all of the various elements together.

Indian Instruments Used in the Films

(note - Western instruments may not be included in this list)

The Best of Indian Songs - Salman Khan - My Love