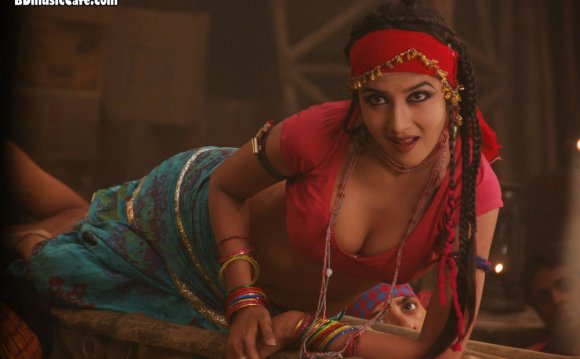 GameIs a 2014 action thriller Bengali film choreographed and directed by Baba Yadav and produced and distributed by Reliance Entertainment. The film features actors Jeet and Subhasree Ganguly in the lead roles. Music of the film has been composed by Jeet Ganguly.The film is a remake of the 2012 Tamil film Thuppakki starring Vijay and Kajal Aggarwal in the Lead roles. It is also remade in Hindi named Holiday.

Abhimanyu Chatterjee (Jeet), a Captain in the Indian Army, returns to Kolkata from Kashmir. On his arrival, his parents and younger sisters force him to see Trisha (Subhashree Ganguly), who they choose for him to be married to. At the bride-viewing ceremony, Abhimanyu makes up excuses to avoid marrying her, which includes commenting about her being old-fashioned. On the contrary, Trisha is a college-level boxer, who is completely modern in her outlook. Abhimanyu realises this and proposes to her, which she reciprocates.

One day, while travelling around the city with his police officer-friend Santilal, Abhimanyu witnesses the explosion of a bus in which they had travelled. He manages to capture the man who laid the bomb, but he escapes from the hospital where he was kept under custody. kidnaps the bomber again, and also forces the police officer who helped the bomber's escape, to commit suicide. Abhimanyu soon learns that the bomber is a mere executor, a sleeper cell, whose only role was to plant the bomb. He also discovers that the Islamic terrorist group Harkat-ul-Jihad al-Islami, which the bomber belongs to, has planned various such attacks in the city in a couple of days. Enlisting the help of his fellow Army men and Balaji, Jagadish manages to thwart these attacks and kill the sleeper cell leader's brother and eleven other terrorists, including the first sleeper cell.

When the leader of the terrorist group (Sourav Chakraborty) learns about the role of Abhimanyu in the failure of the terrorist attack, he begins to target the families of the army men, except Abhimanyu, by kidnapping someone close to them. When Abhimanyu realises the plan, he substitutes one of the people to be kidnapped, with his younger sister . Using his pet dog and his sister's dupatta, he manages to reach the terrorists' hideout, rescuing his sister, who was about to be killed after Abhimanyu's bluff was exposed, and the other victims and eliminating the terrorists assembled there. Asif Ali, the second-in-command of the sleeper cells is captured and killed by Abhimanyu.

When this attack fails, the terrorist leader decides to target Ahimanyu himself. He asks Abhimanyu to surrender to him or else there would be more terrorist attacks. Abhimanyu decides to sacrifice his life and devises a plan with his fellow army men. Ahimanyu meets the leader in a ship, which has been rigged with a bomb planted by Abhimanyu's friend. When he learns about the leader's plan however, which is to expose Abhimanyu's army team as terrorists and knowing about a Muslim terrorist in the Indian defence — Vinod Sharma (Arindam Sil), he fights the leader and escapes with him in a boat. After the ship explodes, he kills the leader. Abhimanyu confronts Vinod Sharma and forces him to commit suicide, and later returns to Kashmir with his team.

"Game – He Plays To Win" will be releasing in a grand way with approx. 203 halls, which is a biggest opening in Bengal.

The film's production commenced in 2013, The soundtrack is composed by Jeet Ganguly, The trailer of Game released on 2 May 2014 and got a bumper response both from critics and audience. According to director Baba Yadav, Jeet's role is that of an Army officer for which Jeet lost some weight to fit in the role and to look 6 years younger from his real biological age. Jeet also sported a crew-cut hairstyle for his role. Whilst Subhasree will play a role of boxer and Avimanyu (Jeet's) love interest Trisha.