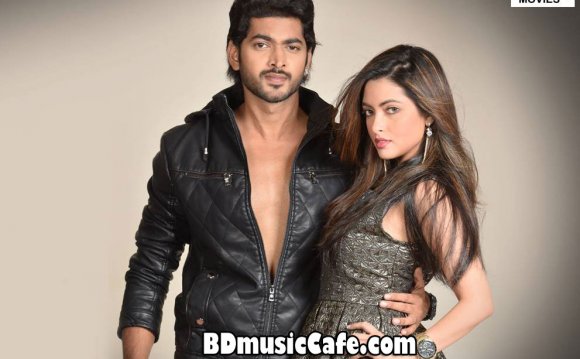 Ferdous Ahmed is a Bangladeshi actor. He acts in both Bangladesh and West Bengal Indian films.

Ferdous became notable first as a television actor, then as a film actor in the mid 1997s. He has released more than 200 films, both in Bangladesh and West Bengal, India. He debuted in the film Hothat Brishti. It was an India-Bangladesh co-production.

Ferdous worked as a ramp model in the fashion sector before his arrival in the film industry. He was introduced to ramp modeling by international fashion designer Bibi Rasel and appeared in large-scale fashion show in the first decade of 90s.

Ferdous was introduced in the film industry by famous dance choreographer Amir Hossain Babu. At that period Amir Hossain Babu was planning to direct a movie based upon dancing, the movie named ‘Nach Moyuri nach’. On his quest for actors Babu find out handsome Ferdous. But Babu could not able to start the work of that movie. After the sudden death of the then popular film actor Salman Shah, Bangladeshi film actor Ferdous Ahmed came in front of the camera for the first time in his place; it was in the movie named ‘Buker vetor agun’ directed by Chotku Ahmed.

Chotku Ahmed changed the script after the death of Salman Shah and provided Ferdous the opportunity to play in the role. Later Ferdous independently performed in the movie ‘Prithibi amare chay na’ directed by Anjon Chowdhury, it was in the year of 1998. In the same year, Bangladeshi film actor Ferdous Ahmed came under the limelight after releasing the movie ‘Hotath Brishty’ directed by Bashu Chatterjy. ‘Hotath Brishty’ was a joint production of India and Bangladesh. The popularity led him to achieve the National Film Award of that year. From that on he became regular in the film industry of Bangladesh and India.

Ferdous acted in two of the movies of Bashu Chatterjy – ‘Chupi chupi’ (2001) and ‘Tok jhal mishti’ (2002). In 2003, he performed in ‘Chondrokotha’ of famous writer and film maker Humayun Ahmed and ‘Kal shokale’ of Amzad Hossain. In the year after he acted in ‘Bachelor’ of Mostofa Sarwar Faruki and ‘Meher nigar’ – the first film that is made from the writing of national poet Kazi Nazrul Islam and directed by Moushumi – Guljar. In the next year 2005 Bangladeshi film actor Ferdous Ahmed again performed in the second movie made from the script of national poet’s literature. The movie named ‘Rakkhushi’ and he acted superbly with senior actress Rojina. In the same year he also acted in the movie ‘Ayna’ directed by popular actress Kobori.

In the next year of 2007 Bangladeshi film actor Ferdous Ahmed performed in the tremendously commercially successful movie ‘Khairun Shundori’ – the movie was made in rural perspective and directed by A K Sohail.

In 2008 Ferdous performed uniquely in the movie ‘Rupantor’ directed by Abu Saeed. In 2009 acting in the film ‘Gonga jatra’ brought him the second National Film Award. He won the award in best actor category jointly with Chonchol Chowdhury for ‘Monpura’. In that year he also performed in an item song in the movie ‘Ke Ami’ directed by Wakil Ahmed.

In 2010, Ferdous acted in some of the popular films like ‘Golapi ekhon bilete’ by Amzad Hossain, movie made upon sports perspective ‘Jaago’ directed by Khijir Hayat and the movie based upon the libration war of Bangladesh ‘Gurilla’ directed by Nasir Uddin Yusuf.