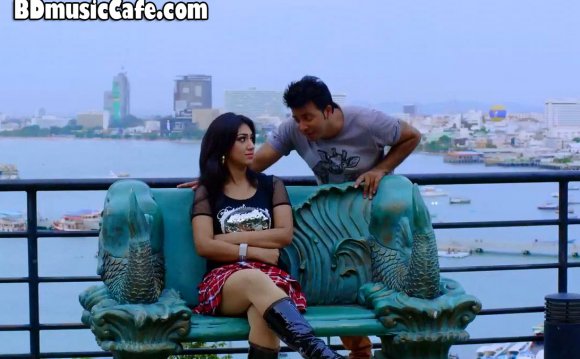 The Bangladesh Liberation War(i) (Bengali: মুক্তিযুদ্ধ Muktijuddho) was an armed conflict over a duration of about 9 months, putting Bangladesh erstwhile East Pakistan and India against the State of Pakistan. The war started on 26 March 1971 between the State of Pakistan and East Pakistan, India intervened on 3 December 1971. Armed conflict ended on 16 December 1971 and resulted in the secession of East Pakistan, which became the independent nation of Bangladesh. The war broke out when army units directed by the State of Pakistan (then controlled by West Pakistan) launched a military operation called Operation Searchlight in East Pakistan against Bengali civilians, students, intelligentsia, and armed personnel who were demanding for the military regime to honour the results of the first ever 1970 democratic elections in Pakistan won by an East Pakistan party or to allow separation of the East from West Pakistan. Bengali military, paramilitary, and civilians formed the Mukti Bahini (Bengali: মুক্তি বাহিনী "Liberation Army") on 26 March 1971, in response to Operation Searchlight and used guerrilla warfare tactics to fight against the West Pakistan army. India provided economic, military and diplomatic support to the Mukti Bahini rebels, leading West Pakistan to launch Operation Chengiz Khan, a pre-emptive attack on the western border of India which started the Indo-Pakistani War of 1971.

On 16 December 1971, the allied forces of the Indian army and the Mukti Bahini defeated the West Pakistani forces deployed in the East. The resulting surrender was the largest in number of prisoners of war since World War II.

Bilkis Banu, lost her husband Hasan on the bloody night of 25th March 1971. She tries to forget him...

A family must come to grips with its culture, its faith, and the brutal political changes entering its small-town world. (95 mins.)

Amar Bondhu Rashed, a fictional story based on the Liberation War of Bangladesh and written by the popular children's literature Dr Mohammad Jafar Iqbal (96 mins.)

Twelve people are passengers on board.The boatmen are taking them to safety, far away from the fierce clutches of war. All the people on board are devastated by the horrors of war. As the story advances, different events unravel. (110 mins.)

In the middle of the 1971;curfew is going on all over the Bangladesh. The liberation army is operated as effective guerrilla force... (123 mins.)

It's a story of boat journey of Bangladesh in 1971 of helpless people was going towards the safe border.Pakistan military had unleashed genocide in the country. Heroic sons of the soil started a war of liberation. (119 mins.)

Would you go to war for peace? A war child's search for acceptance and a nation inundated in blood. (160 mins.)

Two childhood friends travel from Bangladesh to Calcutta during the turbulent 1970s, becoming criminal superstars who both fall for a cabaret dancer. (152 mins.)

White collar crimes that drain the nation of precious foreign exchange is connected to the funding of international terrorism. The much-told Hollywood theme is retold in the Indian context with much needed technical wizadry.