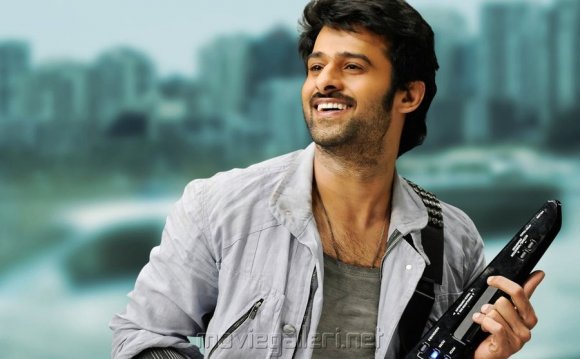 (English: Emperor) is a 2013 Telugu action-comedy thriller film directed by Sreenu Vaitla. The film was produced by Bandla Ganesh under his Parameswara Art Productions banner. It stars Jr. NTR and Kajal Aggarwal in the lead roles and is their second film together after .

The soundtrack was composed by S. Thaman and this is his second collaboration with Sreenu Vaitla. Cinematography was handled by Jayanan Vincent, R D Rajasekhar and K V Guhan. The film was released worldwide on 5 April 2013, receiving positive reviews from critics and recorded as "Super-Hit" at the box-office. and was premiered at the Osaka Asian Film Festival 2014 held in Japan. The film was also dubbed into Hindi under the title Rowdy Baadshah by Goldmines TeleFilms. Baadshah released in 1550 Screens worldwide with 1200 Prints. Later this movie was dubbed into Malayalam under the same name.

Sadhu Bhai (Kelly Dorji) is a notorious mafia leader who escaped India after various terrorist attacks and conquered the underworld of the entire southeast Asia, and no one dares to challenge Sadhu Bhai. Baadshah (N. T. Rama Rao Jr.) enters the underworld for his father Dhanraj (Mukesh Rishi). In the opening scene, Sadhu Bhai's partner, Crazy Robert (Ashish Vidhyarthi), captures Baadshah and his father as Baadshah revolts against Sadhu Bhai. But Baadshah easily defeats Crazy Robert's goons. However, Baadshah learns that both the Indian police and Hong Kong police are looking for him and tries to find a solution for that.

The story cuts to Milan, Italy where Janaki (Kajal Agarwal) is a social worker who has just finished her interior designing course. She lives there with her uncle, Pilli Gopi Krishna Simha (Tanikella Bharani), and cousins, Inky and Pinky. She meets Baadshah alias Rama Rao when he acts as if he is attempting suicide (to get her attention) as his fake, imaginary girlfriend Saira Bhanu dumped him. Janaki, who is not aware of the truth, asks him to spend a day with her, in return she will give him a hope for life. Janaki introduces him to various people who attempted suicide but found hope for life through Janaki's inspiration, one of whom is Dasu (Vennela Kishore). Dasu is a slacker who got laid off. Janaki brought him to her place as she thought he was attempting suicide when he actually went towards a cliff to throw his empty beer bottle. Janaki introduces Rama Rao to Dasu and keeps him in her house. But Rama Rao immediately discovers Dasu's true nature and buys him off to help him in making Janaki fall in love with him.

Meanwhile, Baadshah fights off Sadhu Bhai's henchman, Rakhi Rasul (Supreet Reddy), who comes looking for him. But one of Baadshah's right hand men (Shafi) is killed by Crazy Robert when he refuses to give information about Baadshah. This is when Baadshah's past is revealed.