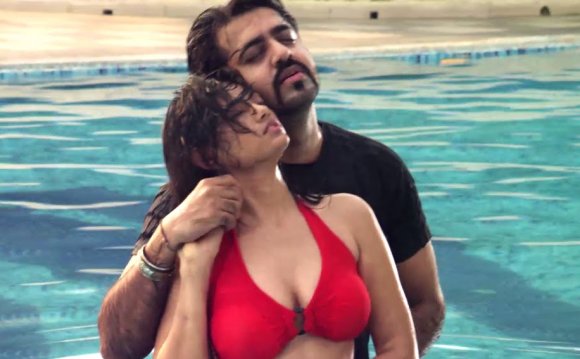 Obviously inspired by THE JUNGLE BOOK, SONG OF India is a reasonably fast-paced programmer which was apparently tailor-made for the long-extinct Saturday matinée market. Sabu is very much in his element playing a jungle prince who lords over the wild beasts, provoking the fury of Turhan Bey who leads a government-approved hunting expedition into the Indian wilderness. His fiancée', Gail Russell, is the daughter of the king who tags along as the hunting party's unofficial photographer and, predictably, switches her allegiance to Sabu as the characters of the two men are exposed.

The footage of marauding tigers, panthers, crocodiles, exotic birds etc. is often thrilling and is well-integrated into the action. Indeed, much of it seems shot exclusively for the film instead of the usual grainy library stock shots from another era which is the bane of many a cheap Hollywood jungle potboiler. The cast, including Sabu who probably could have played this kind of role in his sleep, is acceptable as is the script and direction.

Like most Columbia B-pictures of the forties, SONG OF India seems to be out of circulation although it was briefly released on video in an inferior, extended-play version. It's a diverting time-killer if you can find it.