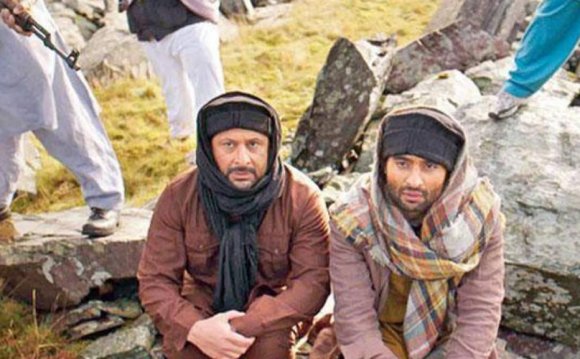 “Fact is stranger than Fiction” and that is why films on the personalities of real life people are exciting and generate a great deal of curiosity amongst viewers. 2015 saw films like ‘Manjhi’ based on the mountain man who paved a way out of the mountains after his wife slipped from it and died. The film earned Nawazuddin Siddiqui, who essayed Manjhi rave reviews for his performance. It also saw ‘Main aur Charles’ on the charming murderer Charles Sobhraj, who was infamously known as the Bikini Killer. Randeep Hooda played the part and managed to do so with good conviction. This year will see some great films on real life personalities. We list top 9f the lot:

Based on a real life story of Kuwait based-Indian origin RanjitKatyal and the Iraq invasion on Kuwait by Saddam Hussein. This is when an Indian business settled in Kuwait arranged for the biggest civil evacuation for Indians with the help of the Indian government and rescued a record number of Indians during the Iraq – Kuwait war. Akshay Kumar and Nimratkaur in lead roles. The film releases on New Year’s Eve.

Not many are aware of the slain flight attendant Neerja Bhanot who risked her own life to save American citizens when the plane was hijacked by terrorists in Karachi. Fashion icon Sonam Kapoor plays the titular role. The trailer is already generating a buzz and Neerja’s story will be an inspiration to many.
3) Azhar

Sportsmen & biopics are surely the flavor of the season. This time Emraan Hashmi is all set to put on his cricketing gear to play ex Indian captain Mohammed Azharuddin. A shocking divorce, a clandestine affair with a sportswoman, death of a son & accusations of match fixing. Actors Nargis Fakhri & Prachi Deshmukh a part of the cast too.

Do you remember Sonakshi Sinha’s heart wrenching performance as Pakhi Roy Choudhary in the critically acclamied ‘Lootera’? Well the marvellous Sonakshi Sinha is all set to showcase her fine acting talent as Haseena Parker, gangster Dawood Ibrahim’s sister who is said to have a complex personality Well a good break for the audiences from the masala potboilers!
5) Dangal

Aamir Khan may be in the news for all the wrong reasons but he is a force to reckon with. All set to play an ex wrestler Mahavir Singh Phagot in the film Dangal who taught wrestling to his daughters. TV actress Sakshi Tanwar will play his wife.

A film on India’s most successful cricket captain is already a winner at the box office. The very talented Sushant Singh Rajput is all set to play Mahendra Singh Dhoni while Kiara Advani is all set to play his wife Sakshi Dhoni. Notable cricketers like Yuvraj Singh & Harbhajan Singh are also touted to do cameo appearances in the film. Hope Sushant Rajput hits the box office for a ‘helicopter shot’!

A film on homosexual professor Dr Srinivas Ramachandra Siras who was sacked from his job because of his sexual orientation. The very talented Manoj Bajpayee and Rajkummar in lead roles. The film was a huge hit in festival circuits.

Based on Indian convict Sarabjit Singh who crossed the border and died a miserable death in Pakistan and was accused of being an Indian spy too. Randeephooda is all set to essay Saranjit Singh while AishwaryaRaiBachchan all set to essay his sister Dalbir Kaur.

Based on the true life of Rajneesh Osho (popularly known as Osho), the movie is the first in a series and has been critically acclaimed internationally and also won many awards. The movie is expected to launch in India sometime in January.