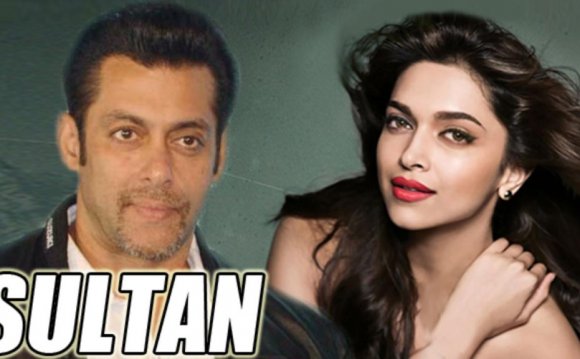 Prem Ratan Dhan Payo review: We don’t need the unbelievably thin script to tell us that the pauper will provide life lessons to said ‘bhai’, ‘behen’, faithful factotum, and toss out pro-tips to his look-alike to win over the ‘rajkumari’.

In 1989, ‘Maine Pyar Kiya’ released. Coming from the Rajshris, a production house that prided itself on being low key, the film’s impact was cataclysmic. Bollywood discovered a new hero. Salman Khan found his most durable role in Prem, who took his `dulhaniya’ away much before Raj. And debutant director Sooraj Barjatya found his métier, and mind-blowing box office success.

From then on, Salman Bhai has essentially been parlaying Prem, or a variant of it, and has done best when he plays that guy with equal parts brawn-and-heart. And Sooraj Barjatya has essentially made the same film since, or a variant of it : in his universe, which essentially consists of a large Hindu joint family, the sons are `agyakari baalaks’, the male elders are benevolent despots, the women cook and serve, the men are pandered to, and pigeons and poodles are romantic accessories.

‘Prem Ratan Dhan Payo’, also heavily colour-coded via the Ramayan, draws heavily from Barjatya’s previous work, with one glaring cosmetic difference : he sets it not in homes that people like you and me live in, or relate to, but in a grand palace. We get not one but two Salmans for the price of one : a commoner called Prem Dilwale ( a play on SRK’s next, also called ‘Dilwale’?), and a prince called Vijay. They are identical looking, so you know where this is going from the get go : out pop the evil step brothers and deluded step sisters, faithful foot-soldiers, a pretty princess, a dastardly plot, and tada, there’s your switcheroo. (Click here to watch fans reactions to Prem Ratan Dhan Payo’)

We don’t need the unbelievably thin script to tell us that the pauper will provide life lessons to said `bhai’ ( Neil Nitin), `behens’ (Swara Bhaskar and Bhatia ), faithful factotum (Anupam Kher), and toss out pro-tips to his look-alike to win over the ‘rajkumari’ (Sonam Kapoor). Barjatya’s canvas has been the unhurried interplay between families and their zillion ‘rishtedaars’, and the gentle, chaperoned, approved ‘nonk-jhonk’ between lovers. And even though I sometimes still find it difficult to believe that a ‘Hum Aapke Hain Koun’ swept the nation in 1994 ( yeah, we know, we know it came at the right time and captured an audience heartily sick of the vulgarity and violence that Hindi cinema of the time had fallen prey to), Sooraj Barjatya rescued his films from becoming maudlin messes with his gift of creating unexpected flashes of sweetness and emotional hooks.

‘Prem Ratan Dhan Payo’ begins well, with Salman being set up as a playful Ram ‘bhakt’ ( again, after ‘Bajrangi Bhaijaan’) and Deepak Dobriyal playing the hero’s-best-friend (remember Laxmikant Berde in ‘Hum Aapke Hain Koun’?). A retro Ramayan is being enacted, with men playing female parts, and you settle down for some fun. But this extended interlude is the only thing in this with any zing: the rest of it plays out as an out-dated, overblown rehash of the director’s own films ( including ‘Hum Saath Saath Hain’ which I am guiltily fond of) embedded in an outlandish, improbable plot. ‘Samdhijis’ and ‘mamajis’ and ‘mausijis’ in a Barjatya film are par for the course, but a king and a consort and blinding bling and a glittering glass palace? Karan Johar and Sanjay Leela Bhansali, where are you?

There’s always room, you suppose, for yet another re-imagining of the Ramayan, and its million stories. Especially if it has Salman Khan, after all these years of practice, sliding effortlessly into being Prem, and lifting the film as much as he can, even managing quite miraculously not to giggle when his lissome, lovely co-star, laden in tasteful zardozi and industrial weight polka diamonds, hands him a feather, very ‘Mughal-e-Azam’ style, in between her other clothes-horsing and jiggle-jaggling. (PICS: Salman Khan at Anil Kapoor, Sonam Kapoor’s Diwali party)