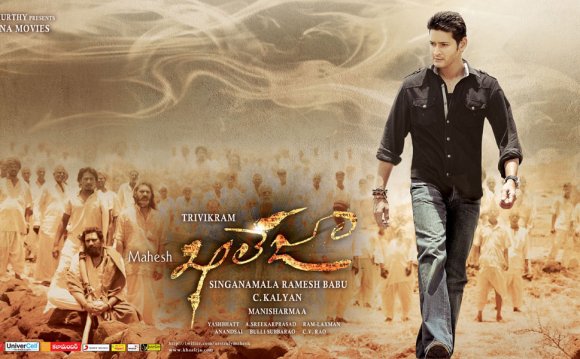 featuring Vijayand Samantha turned out to be a huge blockbuster of 2014, creating some new records at the box office. Now, the talented director is all set to join hands with Telugu superstar Mahesh Babu for a racy action entertainer. The untitled project, which is currently in its pre-production stage, is reportedly a Tamil-Telugu bilingual marking Mahesh's second Tamil film after the much expected Brahmotsavam.

Banking on the bilingual formula


With the phenomenal success of Baahubali, filmmakers seemed to have realized the commercial potential of Tamil - Telugu bilinguals, preferring them over the dubbed versions. With the dubbed version of Mahesh's recent release Srimanthudu faring well in Tamil, the actor seems to be eyeing the southern film industry with two back-to-back bilinguals lined up for release.

Tamil stars like Karthi and Arya, who had earlier tasted moderate success in the Bengali film industry with their dubbed films, have also resorted to bilinguals with their upcoming films like Dhosth and Size Zero being simultaneously shot in both the languages.

Another magnum-opus period bilingual Ruthramadevi, which is touted to be made on a budget of sixty crores, would also ride on Anushka Shetty's immense popularity in both the industries. Moreover, with the Tamil version of Gautham Vasudev Menon's production Courier Boy Kalyan and Kamal Haasan's bilingual Thoongavanam scheduled for release in the upcoming months, the emphasis on catering to both set of audiences is loud and clear.

Meanwhile, AR Murugadoss is currently shooting for the Bollywood remake of the 2011 Tamil film Mouna Guru titled Akira with Sonakshi Sinha and Konkona Sen Sharma. He is expected to start shooting for the project with Mahesh in early 2016.

Interestingly, the director had recently expressed his wish to come up with a solid script for Vikram that would do complete justice to his acting skills. Sources also reveal that AR Murugadoss is in talks with Dhanush for a potential collaboration in 2016. It would be interesting to see which of these exciting projects will actually materialize.