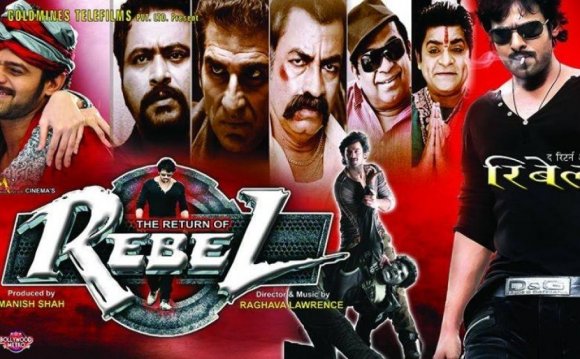 The last movie of the legendary Akkineni Nageswar Rao(93). This movie marked the end of his 75years of film a first of its kind, the movie cast includes ANR, his son and his grandsons.Feel good movie on relationships.Will leave you in tears if you admire ANR.

Physiological thriller with stupendous production values.With charming actor Mahesh babu in lead role and also marked the debut of Kriti sanon.The story line is gripping and the plot is so hollywood like. Need some deep understanding right from beginning else you will be left wandering.

Stylish star AlluArjun's out and out commercial film with huge doses of comedy and heroism.Must watch if you are looking for pure entertainment.

A Crime-comedy film by debuntant Sudheer Varma, revolves around the story of stolen Ganesh idol . Watch-out out for skillful directional skills.

Directional debut of Krrish (gabbar is back .fame). Vedam, starring Allu Arjun, Manchu Manoj, Manoj Bajpai and Anushka Shetty. A drama film that's sure to touch your heart. One of its kind and a path breaking film that definitely changes viewers perception towards sensible films.Vedam is a beautiful confluence of writing and technical aspects. It has set a benchmark in Telugu cinema.

One of the most admired actors of South India, and arguably one of the best actors of Indian Cinema, Kamal Hassan's Film (Directed, co-produced, acted), a rejuvenating spy thriller with terrorism as background is an untouched genre so far in India, yet Kamal sir will leave a great impression.

Directional debut of Manikandan. This film of two young slum born kids journey to buy a Pizza is Epic!!. Must watch is the only thing i can say!.

India's highest paid director S.Shankar's Ambitious project with ravishing production values. A Romantic thriller, that will leave you awe struck by the sheer magnanimity. Length is a bit worry and may not appeal to everyone. However, should be watched for splendid cinematography and unmatched hard work by Actor Vikram.

Romantic-thriller with most innovative story line. A virus (Mute-Flu) will cause a menace in a city that causes sudden death/muteness. Refreshing concept with witty screen play will entertain you.

A successful and a beautiful venture by Anjali Menon, Quite popular among youth. Soulful music will leave you wanting for more. Romatic comedy with buoyant examination of love, the basest of all human emotions and the bonds and bondages that it leaves in its wake.

A National Award winning film with a scintillating plot. A drama-thriller in which the first half of the film is intentionally slow-paced and shows to the audience the lighter moments in the family of Georgekutty. . The audience gets completely absorbed in the twist of events that begin to unfold from the end of the first half. The second half is more like a thriller and is about how the family comes out of the biggest challenge of their lives. Now remade into every other language, however Mohanlal's acting can't be replaced.

Scripted by Anjali Menon and directed by Anwar Rahseed, Ustad hotel is a genuine attempt of a slow paced drama film, Fusing the conservative with the modern, a virtuous woman happily swaps her purdah for a pair of jeans and a mike, and a traditional mappila song reverberates, powerfully, with a rocking punch.

A Mystery Thriller, Raghavan is an ex-convict who is redeeming his life after his release from prison. He stumbles upon Anjali, a journalist who decides to write an autobiography on his life. Munnariyippu is a many layered movie; seeps deep into the inner layers of sensibility

Though Kannada films lost their lustre after a golden era during 90's, the last few years has been quite a revelation. Two physiological thrillers have announced Kannada cinema's comeback in style.

Lucia:-
Directed by Pawan Kumar, the film's plot is non-linear, and some what shares similarity with inception. Bit annoying at times, however engaging on the whole. Need to be fully focussed, it isn't a regular streotypic film.

Rangitaranga:
Another mystery thriller, revolves around the strange experiences of a novelist. One of the best thrillers in recent times. Will blow you away for sure.