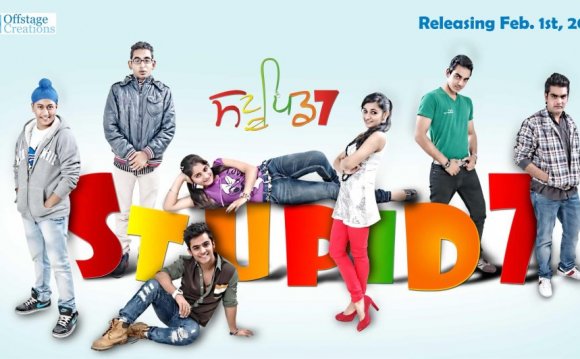 Jaswinder Singh Bhalla (born 4 May 1960) is a Punjabi comedian and actor. He is also a faculty at Punjab Agricultural University. He started his professional career as a comedian in 1988 with Chankata 88 and became actor with film Dulla Bhatti. He is best known for his comedy series Chankatta and comedy roles in various Punjabi films. He is famous for always using taglines in his movies, and bringing a comic touch to movies through them. He also performs in stage acts and has done tours of Canada and Australia for his stage show Naughty Baba in Town.

Jaswinder Bhalla was born on 4th may 1960 in the town of Doraha, Ludhiana . His father Master Bahadur Singh Bhalla was a primary school teacher . He got his basic education from Senior Secondary School Doraha.

He did his Ph.D. in Agriculture Science from Punjab Agricultural University and is a full-time professor at PAU as well.

He started performing on Independence day and Republic day shows . Jaswinder Bhalla and two of schoolmates got selected for All India Radio in 1975 . As a student at Punjab Agricultural University, Jaswinder Bhalla had done comedy performances in university programmes. He started his professional career in 1988 along with co-performer Bal Mukund Sharma with audio cassette Chhankata 1988. Bal Mukund Sharma and Jasiwnder Bhalla were classmates in Punjab Agriculture University. Word Chankata originated from the college level annual show performed by Bhalla and Sharma in PAU. They were noticed by Doordarshan Kendra, Jalandhar while performing in Professor Mohan Singh Mela (cultural festival) on personal backing of Punjabi author Jagdev Singh Jassowal. He has released over 27 audio and video albums of Chankata series. Apart from Bal Mukund Sharma, Neelu Sharma has also been part of Chhankata series. Starting with Chhankata 2002, series is also realised as video cassette.

In his Chhankata series, he portrays many characters carefully chosen from all walks of Punjabi society. One of the main characters is Chacha (Uncle) Chatur Singh, who is an old villager and talks about Punjab's politics, differences between rural and urban life, and tells jokes from all walks of life. Another character he portrays is Bhana, a youngster from Chatur Singh's village who has emigrated to USA and appears in the Chhankata as NRI. JB, another character portrayed by Jaswinder Bhalla, is the son of Chatur Singh. Another notable character is Taya Fumhan Singh.

In his album Chankatta 2003, he was alleged by certain ragi jathas of making mockery of them and raised strong objections to his album. An apology was issued by the artists and producer of the album. His latest album Mithe Pochey also faced ire of Nambardaars of various villages in Punjab for his satire on them. He was allegedly assaulted by Punjab government official due to his satire on government.

He is married to Parminder Bhalla. He has a son named Pukhraj Bhalla, who has also appeared in some of the Chankata cassettes since 2002. He also has a daughter. He is good friends with Balmukund Sharma, who appears as Bhateej in the Chhankata series.