All Songs of Indian Movies 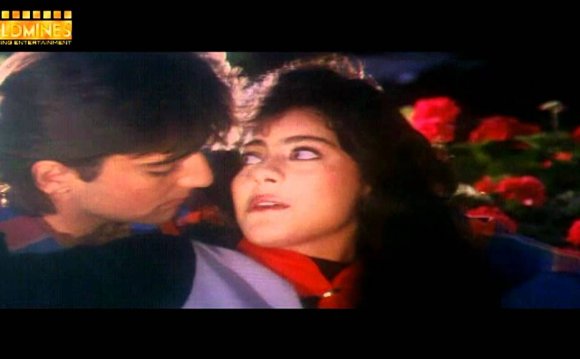 Among the few silent films that remain are three Indo-German co-productions that predate the arrival of the German technicians and directors who worked in the Bombay Talkies studio in the 1930s. The Light of Asia was shot in India but edited and processed in Germany and intertitled in English. The script was adapted from Sir Edwin Arnold's epic poem The Light of Asia (1861) while the opening credits proclaim it was "Shown by Royal Command at Windsor Castle, April 27 1926" and that it benefited greatly from help offered by the Maharaja of Jaipur. The film shows westerners touring India (Mumbai, Delhi, Varanasi) who come to Bodh Gaya, the site of Gautam Buddha's Enlightenment. An old man tells the story of the life of the Buddha, from his royal childhood to his death, allowing the film-makers to juxtapose Orientalist fantasies alongside fascinating, if anachronistic, images of Rajasthan in the 20s.

The biopic of Sant Tukaram (1568-1650), a devotee of Vishnu as Vitthal, whose major shrine is in Pandharpur in Maharashtra, is an extraordinary film. Vishnupant Pagnis, a theatre actor who usually played female roles, brings an otherworldly quality to the role, which includes singing Tuka's well-known religious songs. Both plot and film move through several worlds – of earthly power, as the nationalist hero Chatrapati Shivaji visits the saint after hearing about his devotion; of religion, where Tuka's simple devotion to God is contrasted with a venal Brahmin who visits a courtesan; and of domesticity where his down-to-earth wife, never happier than when washing her beloved buffalo, which represents the family's wealth, cannot understand her husband, even though she loves him.

Three of the great stars of Hindi film act in a love triangle, as Neeta (Nargis) appears to be in love with Dilip (Dilip Kumar), but is engaged to Rajan (Raj Kapoor). Nargis and Kapoor comprised one of the most popular couples in the 1950s but in this film she is shown to be in love with Dilip and struggling with her sense of duty. Her westernised lifestyle and dress are in part to blame and the film ends with her in prison after shooting Dilip dead, declaring: "Foreign flowers cannot flourish on Indian soil." Andaz has songs by the "Nightingale of India", Lata Mangeshkar, who has sung for heroines for more than seven decades, and whose work in the other major films of this year, Kamal Amrohi's Mahal and Raj Kapoor's Barsaat, are enduring favourites.

The 1950s is the hardest decade from which to pick a film – featuring the classics of Raj Kapoor (Awara, Shree 420), Bimal Roy (Madhumati) and Mehboob Khan (Aan, Mother India). Guru Dutt's melodramatic Pyaasa or "The desirous one" is extraordinary, a film that draws on all the features of a mainstream movie to achieve a high aesthetic, from the beautiful photography of the Christ-like tormented poet, the beauty of the streetgirl (Waheeda Rehman) and the wonderful music with some of the great Sahir Ludhianvi's best lyrics. One of the most celebrated songs asks who can be proud of India (Jinhe naaz hai) while another voices the bitterness of the artist confronted with the shallowness of the money-seeking world (Yeh duniya agar mil bhi jaye to kya hai?). This was also the decade that

The story of Akbar, the Great Mughal (reign 1556-1605) has been told countless times in India and several film versions were made. This one concerns his son Salim (later Emperor Jahangir), played by Dilip Kumar, who falls in love with a slave girl, Anarkali. In order to win her hand, Salim leads a military campaign against his father and is condemned to death, but it is Anarkali who pays the price and is buried alive – though in this version she escapes. While most of the film is shot in black-and-white, the songs are in colour, including the spectacular dance in the hall of mirrors. The narration is by "India" – an attempt to show that, even after the Partition of 1947, Hindus and Muslims can live together. The film, which took more than 10 years to complete, is redolent of the 50s, the decade that saw popular romances filmed in colour in tourist destinations, with stars singing and dancing to some of the best-loved melodies of Indian film music.