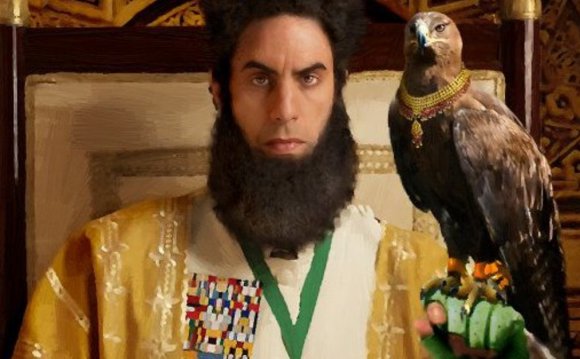 Salman Khan’s films have been witnessing great response at the Box office, and the actor acknowledges the festival of Eid for making his movies a big hit.

Salman Khan’s films have been witnessing great response at the Box office, and the Dabangg Khan acknowledges the festival of Eid for making his movies a big hit every year. Ever since ‘Wanted’ released on Eid in 2009, Salman Khan has been consistent in delivering Rs 100 crore films on Eid every year.

A still from Salman Khan’s ‘Bodyguard’.

This time again, the actor is all ready for the release of his next film ‘Bajrangi Bhaijaan’, which will release on July 17, a day prior to Eid.

“During the festive season, families get time to watch films together. A lot of my films have released on Eid and I am very happy that Bajrangi Bhaijaan will again be releasing on Eid this year, ” said Salman Khan.

Here is a list of Salman Khan’s movies that have released on Eid in the past:

‘Bajrangi Bhaijaan’ director Kabir Khan, who worked with Salman for ‘Ek Tha Tiger’ as well, said: “Three years ago I witnessed from close quarters the hysteria that surrounds a Salman release on Eid. The “Ek Tha Tiger” release hysteria was a phenomenon that had to be seen to be believed. Over the past decade watching a Salman film has almost become an integral part of Eid celebrations. And this year as we are approaching Eid… I can already feel that now familiar sense of public euphoria building up. Can’t wait for EID to bring on Bajrangi Bhaijaan.”

“With every passing year EID has become synonymous with Salman Khan. Traditionally in Bollywood-Diwali, 15th Aug, 26th Jan and Christmas have been considered big release windows but it was Salman with ‘Wanted’ who created Eid as a lucrative window. Every year since 2009 he’s set new box office records.

This year as well with Bajrangi Bhaijaan, where Salman is also a producer we hope to go past previous records” shares Amar Butala, co-produced and COO of Salman Khan Films.

Trade analyst Taran Adarsh said, “Salman Khan and Eid are synonymous. People await a Salman Khan film during Eid and this year is no exception. Bajrangi Bhaijaan caught the attention of the viewers from the first promo itself and you could make out that there was a strong story and an undercurrent of emotions. Also, with Kabir Khan on the director’s chair and the duo (Kabir Khan and Salman Khan) having offered a thorough entertainer – Ek Tha Tiger, the last time, definitely raises the bar and expectations this time.”

He further adds, “What also works in favour of Salman Khan is that he has got a soft face and tough physique which can suit any role offered to him. ”

Salman Khan’s next film titled ‘Sultan’ has already acquired the Eid 2016 slot and reports also suggest that he will be releasing Dabangg 3 on Eid 2017.