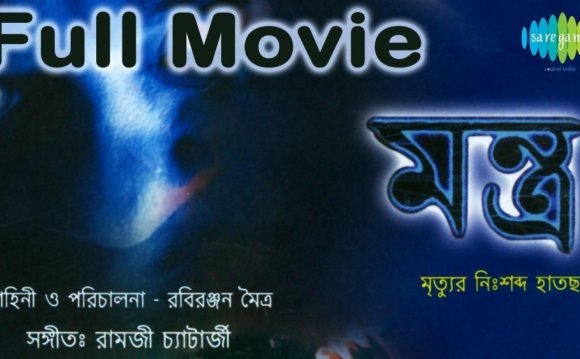 Manik Bandopadhyay (Bengali: মানিক বন্দ্যোপাধ্যায় Manik Bandopadhyay (help·info); 19 May 1908 – 3 December 1956) was a Bengali novelist and is considered one of the leading lights of modern Bengali fiction. During a short lifespan of 48 years, plagued simultaneously by illness and financial crisis, he produced 36 novels and 177 short stories. His important works include Padma Nadir Majhi (The Boatman on The River Padma, 1936) and Putul Nacher Itikatha (The Puppet's Tale, 1936), Shahartali (Suburbia, 1941) and Chatushkone (The Quadrilateral, 1948).

Manik Bandopadhay was born on 19 May 1908 in a small town called Dumka in the district of Santal Parganas in the state of Bihar in India. His real name was Prabodh Kumar Bandhopaddhay. His pen name was derived from his pet name 'Manik'. He was the fifth of the fourteen children (eight sons and six daughters) of his parents, Harihar Bandopadhyay and Niroda Devi. His father Harihar was a government official who travelled across undivided Bengal in connection with his job. This gave Manik to experience life and living of people in different parts of Bengal in his early life.

Manik passed the entrance examination from the Midnapore Zilla School in 1926, securing first division with letter marks in compulsory and optional mathematics. In the same year he got admitted in Welleslyan Mission College at Bankura. Earlier he studied in Contai Model Institution in Contai.

In Welleslyan College, Manik came in contact with a professor called Jackson. In 1928 he passed I.Sc. (Intermediate in Science) with first division.

He got admitted to the B.Sc. course in Mathematics at the Presidency College, Calcutta with the inspiration of his father.

In 1938 Bandopadhyay started his career as the Headmaster of Mymensingh Teachers Training School. But, throughout his life, writing was the only source of income for Manik Bandopadhyay and, hence, he languished perpetual poverty. However, for a short while he tried to enhance his earning through involvement with one or two literary magazines. He worked as editor of Nabarun for a few months in 1934. During 1937–38, he worked as assistant editor of literary magazine Bangasree. He established a printing and publishing house in 1939 which turned out to be a short-lived endeavour. Also, he worked as publicity assistant for the government of India in 1943.

Once while he was with his friends in their college canteen, one of them asked him if he could publish a story in the magazine Bichitra. The would-be novelist replied that his first story would be good enough for the purpose. At that time, Bichitra was a leading periodical which carried stories only by eminent authors. Manik walked into the office of the periodical and dropped the story "Atashimami (Aunt Atashi)" in their letter box. At the end of the story he signed off as Manik Bandhopadhay. After four months, publication of the story (in 1928) created sensation in the literary circles of Bengal and, from then on, the nom de plume stuck.

Manik published as many as 57 volumes. He also wrote poetry, but not much is heard about his poems.

Manik Bandopadhyay's writing was inspired by both Marxian philosophy and Freudian philosophy - which are quite contrasting in nature. His writing stands in stark contrast to that of other contemporary luminaries like Bibhutibhushan Bandopadhyay who portrayed life in rural Bengal in a gentle, lyrical light. Although he had some common grounds with Tarashankar Bandopadhyay, he distinguished himself with profound and rational analysis of the lives of ordinary people. Manik's writing dealt with the pettiness and wretchedness of existence in the context of rural Bengal. His primary concern was the dark alleyways of the human mind, even among the supposedly simple village folk, and not the serene beauty of nature that was always in the background in his novels. In Putulnacher Itikatha he took on rather savagely the hypocrisy in villages: An elderly couple are canonised as saints after committing morphine-induced suicide; the daughter of one of the village elders gets married off to a wealthy businessman in Kolkata who treats her as a concubine ... she gets hooked to alcohol and returns home a shadow of her former self. However, the people around her keep pretending that nothing untoward has happened. Numerous other examples abound.

A pioneer of Bengali novels[edit]

Shortly after making his debut in the world of fiction in 1935 through a short story titled Atashi Mami("অতসী মামী"), Manik Bandopadhay embarked upon writing novels. Publication of Diba-Ratrir Kabya in 1935 and Padma Nadir Majhi and Putul Nacher Itikotha in 1936 established him as the most notable novelist Bengali literature since Bankimchandra, Rabindranath and Saratchandra. He distinguished himself with focus on the life of ordinary rural and urban people, with colloquial language and with a neat narrative. He was a great storyteller who perfected his fiction with insight into human mind. In the earlier works he took a Freudian approach. In the later life, he showed influence of Marxist theory. His treatment of human sexuality in Chatushkone is path-breaking.

Putul Nacher Itikatha is one of the outstanding works of Manik Bandopadhyay. In one of his letters Manik wrote that this novel was a humble protest against those who tend to play with the lives of humans as if they were puppets.

It was serialised in the Bharatbarsha from Poush 1341 to Agrahayana 1342. D. M. Library of Calcutta published it as a book in 1936. A film was produced based on this great novel in 1949. The film was directed by Asit Bandopadhyay under the banner of K. K. Productions.

Manik carefully read Marx and Engels and became a Marxist. He became an active politician of Marxism by joining the Communist Party of India in 1944.

Since early life he had struggled with poverty and epilepsy. The signs of epilepsy first surfaced when he was engaged in writing Padma Nadir Majhi and Putul Nacher Itikatha. Continued and unabated ailment, problems and crises devastated his mental disposition. Eventually he resorted to alcohol for respite, adding to his misery. On 3 December 1956, he collapsed and went into a coma. He was admitted to the Nilratan Government Hospital on 2 December where he died the next day. He was 48. His funeral took place at Nimtala crematorium in North Calcutta. A huge crowd attended the memorial meeting for Manik Bandopadhyay held on 7 December 1956.At that time he lived in Baranagar, now in North 24 Parganas. The rental residence was at Gopallal Tagore Road.