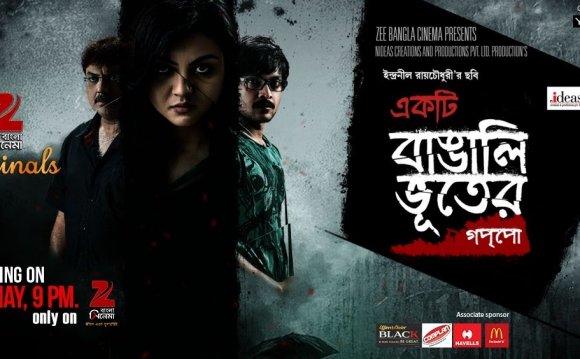 When Bangladeshi film Meherjaan was released in January this year, it was a great moment for the director Rubaiyat Hossain.

It was her debut and in making it she had joined a handful of female film directors in Bangladesh.

The feature film is about a Bangladeshi woman's love affair with a Pakistani Baloch soldier during Bangladesh's 1971 war of independence.

Little did she realise that her first venture would be mired in controversy.

Following fierce criticism in the media and on the internet, the film was withdrawn from cinema halls by its distributors just a week after its release.

Critics allege that it has distorted history and ignored the horrors of the war. But the director disagrees.

As Bangladesh celebrates the 40th anniversary of its independence, the events of the time still evoke strong emotions in a country struggling to come to terms with its violent past.

According to official estimates, as many as three million people were killed and 200, 000 women were raped by Pakistani soldiers when Bangladesh, formerly East Pakistan, fought to become an independent nation with Indian assistance.

The government has already set up an International Crimes Tribunal to try those Bangladeshis accused of collaborating with the Pakistani forces and committing atrocities during the nine-month bloody war.

"In the context of 1971 we are used to looking at these binary images of Bangladeshi hero versus the dehumanised Pakistani brutal animal. I tried to break away from that and I think that's what created this huge uproar, " says Ms Hossain.

I am a rape victim and I have gone through lots of humiliation and suffering. My objection to the film is that they have shown a soft corner for the PakistanisFerdousy Priyabhashini, Sculptor

The film follows Meher, who falls in love with a Pakistani soldier during the war. When her love is discovered, she is humiliated and silenced by her family and society.

Many years later one of her relatives, Sarah, visits Meher and tries to put together her past.

The movie features some of the region's biggest stars - including India's Jaya Bachchan and Victor Banerjee - as well as other leading performers from Bangladesh and Pakistan, making it one of few attempts involving a cast from three South Asian countries.

"Personally I like the movie. But a section of the people, especially some freedom fighters, were unhappy with the film. As a freedom fighter myself, I didn't want to hurt their sentiments, that's why I decided to withdraw the film from cinema halls, " says Habibur Rahman Khan, the distributor of Meherjaan.

Despite its star cast and high expectations, some critics say the brutalities of the war were not truly reflected in the film.

"Because I have not shown any war within the canvas of my cinema, they are interpreting it like I deny that there was genocide, which is really not the case. There are so many indications in the film that a war is going on, " Ms Hossain says.

"It's a film-maker's choice on how they want to represent a certain topic. I can make a movie about a murder and not show a drop of blood."

But these explanations have failed to convince her critics in Bangladesh, where issues relating to 1971 are still sensitive.

There is a sense of injustice among many Bangladeshis that those responsible for the atrocities have gone unpunished.

And those who went through enormous suffering during the war disagree with the way the movie has depicted the events during the war.

Ferdousy Priyabhashini, a well-known sculptor, was 23 in 1971 and she says she was repeatedly raped by Pakistani soldiers during the war.

She says the movie has undermined the suffering of thousands of rape victims like her.

"I am a rape victim and I have gone through lots of humiliation and suffering. My objection to the film is that they have shown a soft corner for the Pakistanis, " she says.

"There is a silent message in the movie that we can forget about it. This historical sentiment cannot be erased."

Some feel that the time is not yet right to take such a bold step as to show a love affair between a Bengali girl and a Pakistani soldier.

But why is the issue still so sensitive?

"Pakistan still has not...apologised for the killings of hundreds of thousands of Bangladeshi civilians by its army during the war. Under such circumstances, the making of this film is a bit premature, " says eminent writer and director Aly Zaker.

Despite his views, Mr Zaker said he did not demand that the movie be withdrawn.

Other cultural figures too felt that the screening of the film should have been allowed.

"Probably the distributors were worried about public sentiment especially when the trial of the alleged war criminals was around the corner, " Mr Zaker says.