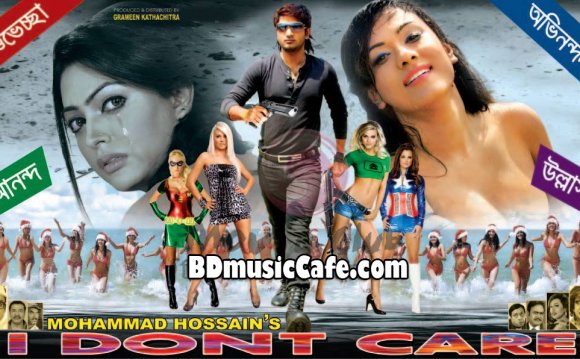 Hrid Majharey হৃদ্‌ মাঝারে (English: Live in my Heart) is a critically acclaimed 2014 India-Bengali love tragedy film written and directed by debutant Bengali filmmaker Ranjan Ghosh. Inspired by and incorporating elements from and, this is the first film in the Bengali language based on the works of and was presented as a tribute on his 450th Birth Anniversary in 2014.

The movie was screened at the in 2015, and was included in their PhD in Cinema Studies (Shakespeare and Indian Cinema). Earlier in 2014, it had earned a rare recommendation from Film London in its list of world cinema based on Shakespearean plays. In another major achievement, the film and its screenplay were included in the UGC Literature Archive through the Shakespeare in Bengal project conducted by .

had already created history by becoming the first Bengali film to be shot in the Andaman & Nicobar Islands after a gap of more than three decades. It was shot in 2013 in the Archipelagos. The last time was in 1979 when veteran filmmaker Tapan Sinha partly shot his Children's adventure film in Port Blair.

Matinee idols Abir Chatterjee and Raima Sen debuted together in a romantic pairing for the very first time in this modern revisiting of William Shakespeare.

Math professor Abhijit and trainee Cardiologist Debjani's love story begins one rainy evening on a lonely Calcutta street. And it ends on yet another rainy evening in Port Blair, in the Andaman Islands. In between, lies a roller coaster journey dotted by love and jealousy, faith and delusion, destiny and free will.

The central theme is 'Character is Destiny'. What happens to us in our lives is determined by who we are. It talks about 'Self-fulfilling Prophecy' wherein a prophecy is made to a person and he, in the process of doing everything to prevent it from happening, actually goes about fulfilling it. The film is also about the unattainability of our most cherished dreams. All that we dream of in our lives, most often remain out of our reach.

The film begins with a shot in which a very dishevelled looking Abhijit (Abir Chatterjee) enters the room to find Debjani (Raima Sen) lying dead on the bed. The story goes back to a flashback and we get to see the reason behind such a fatal outcome. Abhijit is a professor of Mathematics at St. Xavier’s College, Kolkata. He lives with his only sister Mallika who is a crime journalist by profession. A chance meeting with a soothsayer (Sohag Sen) who warns Abhijit to stay away from love for his own good is not given much importance by the professor. One rainy night he comes across a beautiful damsel in distress Debjani, stranded, as her taxi has broken down. He gives Debjani, a trainee heart surgeon, a lift in his car and Cupid strikes. They date and fall in love. Abhijit, however, faces a problem at his job when an infatuated student proposes him. He rejects and in retaliation she does something to get back at the professor. He is initially arrested, and then ostracized by one and all. Faced with such grave issues at work, he goes to the Andamans along with Debjani in search of a new life. There they meet Subhro (Indrasish Roy) who is Debjani's junior from their high school days. Subhro runs an NGO at Port Blair and composes music in his pastime. Subhro and Debjani spend time together rejuvenating their old friendship. At times, Abhijit gets jealous of Subhro’s unwavering attention on Debjani. Subhro dies in an accident and this leaves Abhijit in a confused state. He begins to question himself about the prophecy of the soothsayer. What actually happens next? Does Abhijit leave Debjani? And how does she die?

The first draft of the screenplay was written in 2008 and underwent numerous rewrites till it got a producer in 2012. This was an assignment in the Scriptwriting syllabus at Whistling Woods International Film Institute where Ghosh was a Screenwriting student from 2007–2009. It also marks a rare achievement for the institute.

Pre-production spanned over four months from October 2012 till January 2013. Recce was carried out extensively in Kolkata and twice in the Andaman Islands to scout for apt yet budget-friendly locations. Jet Airways partnered as the travel sponsor for the Andaman Islands recce and shoot.

The film was shot on the RED EPIC Camera by ace cinematographer Sirsha Ray who had shot Bollywood movies and and acclaimed Bengali films, , and, among others. The first day of the shoot was on 3 February 2013. The film was shot over a period of 23 days with 13 days shoot in Kolkata and the remaining 10 days in the Andaman & Nicobar Islands.

Being the only other Bengali film (after -1979) to be shot in the Archipelagos, also became the first ever Bengali film and one of the rare Indian films to have been shot inside the hallowed cells of the Cellular Jail in Port Blair. The crew also filmed at Ross Island, Havelock Islands, Chidia Tapu, Corbyn's Cove Beach, Munda Pahar Beach, Wandoor Beach, Aberdeen Bazaar, the Marine Jetty, and at a host of other private and Government owned locations.