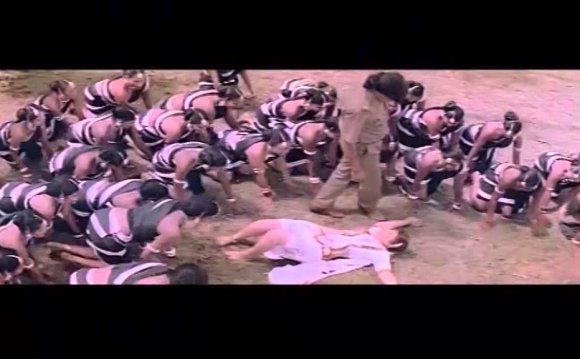 Mithun Chakraborty at the premiere of Bengali film

Shukno Lanka is the story of a Junior artist living in a tinsel town, played by Mithun Chakraborty, who is yet to taste success after a struggle of 30 years of acting career. Sabyasachi Chakrabarty plays the character of Joy Sundar Sen, who is inspired by Ritwik Ghatak casts junior artiste Chinu Nandi a chance in the lead role in his next venture.

The film motivates thousands of junior artistes, when the character played by Mithun gets signed for an International project as the leading man.

Chinu Nandi (Mithun Chakraborty) was a talented part-time actor and full-time employee of a coal-mine. Once he loses his job, he takes up acting as his full-time job. However, not starting in the profession early proves to be his demerit. He finds himself as a 250 bucks per day actor, who gets paid only if he gets a chance to play some part on the day. He is cast mainly as elderly house-servants and similar small characters in thoroughly commercial movies. Even so, he tries to give his best in such roles, which makes the stars of such movies (mainly Tublai, played by late Kunal Mitra) insecure, and they start to avoid giving him roles.

Meanwhile, Joy Sundar Sen (Sabyasachi Chakrabarty), a world-renowned director who recently won an award for his movie at the Berlin Film Festival, starts working on his new project: a movie based on Satyajit Ray's "Porosh Pathor", where an average post office clerk gets his hands on a priceless artifact, the Philosopher's Stone, and starts a journey to understand the wonders of life. In order to portray the protagonist of this movie (Chandrakant), Sen selects Chinu Nandi, much to the dismay of the superstars of the industry.

Through the course of filming this movie, we see a lot of these two characters, their sincerety, their devotion to their fields, their love for art, and their talent. When it comes to family, however, Nandi is very happy being a poor man with his wife (Angana Bose), whom he loves very dearly, and cherishes his hobby of cuisine. Sen, on the contrary, is indifferent to his wife (Debasree Roy), who constantly tries to make him feel her presence through her love for him.

The movie, after a couple of obstacles, finally gets released, and everything falls into place. Sen and his wife revive their love for each other, and Nandi wins the respect of his wife and the whole neighbourhood.