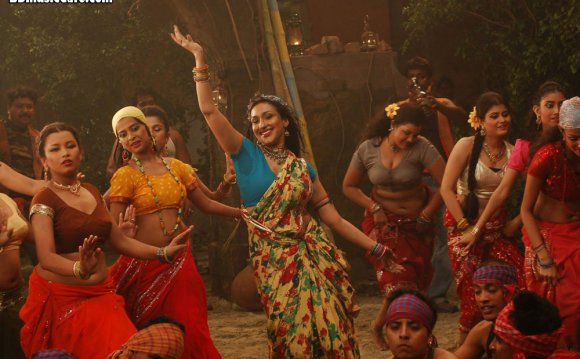 Cactus (Bengali: ক্যাকটাস) is an Indian Bengali rock band from Kolkata, West Bengal, India. Since inception they have recorded four full-length studio albums and have performed over 2500 concerts across India & abroad.

Cactus was formed in 1992. Inspired by the likes of Deep Purple, Pink Floyd, Led Zeppelin, Iron Maiden and many others, they started the journey with the purpose of doing rock n' roll in a language closer to their soil. The professional debut of the band saw the light of the day on 6 March 1993, at Aban Mahal (CLT), Kolkata.They are one of the favourite artist in the local music scene for last two decades and also visible in TV channels, Radio stations and happenning concerts and festivals

The self-titled debut album, released in 1999 from HMV, became a rage with a touch of blues and psychedelic rock. With numbers like Brishti, Icchamati and Oooh! ma this album portrayed psychedelia in Bengali music for the first time. Halud pakhi, on the other hand created a long lasting sensation in the contemporary Bengali music scene with its nostalgic feel being perfectly accompanied by Shudhu Tumi Ele Na and Amra Bhishon Eka complimenting the overall mood of the album. They tasted some success when their first self-titled album was released in 1999 by HMV.

In 2002, Cactus composed and performed the score for the Bengali movie Nil Nirjane. The song "Mon" from the soundtrack became extremely popular and is still a crowd favourite. A Hindi version of the song was used as the intro song for Love Story, a TV series in SAB TV.

The band released its second album titled 'Rajar Raja' in 2004. The band with this album moved ahead and incorporated new sounds. Different genres of music were experimented within the album. Buddho Heshechhen and Lash Kata Ghore being examples of classic rock, flirting with folk rock in Bodhu re while Rajar Raja portrays influences from funk rock. Though this album had new sounds, the nostalgic quotient was very much there with songs like Udaaner Gaan, Krishti, Ude Jete Chay and Kamalar Swami representing blues and the psychedelic facet of the band sound.

The band released its third album, Tuccho, in 2008. The band with this album moved ahead and has incorporated new sounds. Different genres of music were being experimented with in the album. Traces of hard rock was clearly visible. They were then featured in the Rock Street Journal's February 2009 issue. Tuccho contained the hits "Bhalo Theko" and "Rater Pari".

This is their fourth album. This is a very experimental album for them. Asha Audio produced the album and it was published on 3 October 2013.

The self-titled album and the two later albums combine soft rock, blues and psychedelic rock. But their last album Tuchho which was known to be the best selling album produced by them had the traces of hard rock although two songs Bhalo Theko and Shabdhane Raasta Perio were more like soft rock.