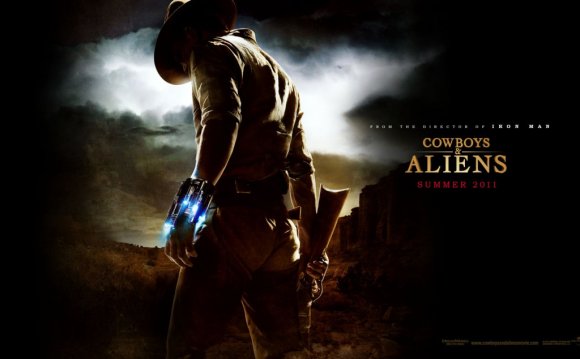 This is definitely the year of the western for the perennially popular Russell. More than two decades after his starring role as Wyatt Earp in the beloved Tombstone, Russell is back in the saddle with two westerns being released in a two-month period. The Daily Beast proclaimed in a headline that “America’s Cult Badass Is Ready to Blow You Away” in both pictures.

The movie getting the most attention is Quentin Tarantino’s opening on Christmas Day, in which Russell stars as bounty hunter John “The Hangman” Ruth. As much as filming that might have proven a career highlight, Russell also really enjoyed making the smaller western Bone Tomahawk, which opens in select theaters October 23.

We recently talked with Russell about why Bone Tomahawk appealed to him.

Cowboys & Indians: You told the magazine a while back that Bone Tomahawk was one of the best scripts you had read in years. What made the story so special?
Kurt Russell: When I read the script I was struck by how very different the story was. It’s not just about one thing. The script was written in a very realistic style and the dialogue is what would have been spoken at the turn of the 20th century. I love the way S. Craig Zahler wrote the script, and as a first-time director, I think that he did a terrific job. It is a strange hybrid between a true western story initially told in an authentic low-key way — until it’s not.

C&I: There’s a strong science fiction element to the story as well. It seems to take place somewhere between Indian Territory and the prehistoric troglodyte world. …
Russell: Although it’s not exactly a sci-fi film, there are elements. There’s an ancient civilization who live in caves — a two-day ride away from the small Western town of Bright Hope — and practice cannibalism and other pagan rituals. Their weapons, which are pre-metal and from the [Stone Age], are made from bone and stone, and their shelters are deep caves perched high up on stone precipices.

This strange occurrence happens, and the sheriff and several other members of his party go in search of three townspeople who they assume have been abducted by Indians. But they’re not, they’re troglodytes, and the search party is not ready for what they run into.

There are several reasons why the three townspeople were kidnapped. At the beginning of the film, several bandits who killed a group of men traveled across the troglodytes’ burial ground and were tracked into the town of Bright Hope. One of the abductees is the town’s doctor, and we go out to look for her.

C&I: There’s a lot of brutality, but there’s a subtext here, right?
Russell: It’s really a study of different lifestyles and how different men and women were just 120 years ago — how different and urban we are now. And, of course, the troglodytes are even more different [because of how far] they date back.

C&I: You play two very different kinds of lawmen in The Hateful Eight and Bone Tomahawk. You’ve said Sheriff Franklin John Hunt in Bone Tomahawk is a man who’s a bit past his prime. What else can you tell us about him?
Russell: Hunt is an older sheriff in this small town and has an even older deputy. He wears the badge, and he’d be like the lawman today going to a small out-of-the-way place where nothing really big ever happens. He’s a guy who’s kind of seen and done it all, and 20 years earlier was probably involved with Deadwood and all those other rough-roaring towns, whose quiet life suddenly comes to an abrupt halt.

He does his duty and leads a search party into the unknown to find these three people. As their journey continues and we hear the prehistoric cries in the wilderness, Hunt doesn’t know what’s out there, but it sends a chill up his spine. He knows this tribe is nothing he’s ever seen before.

C&I: Bone Tomahawk closed Fantastic Fest in Austin, Texas, in early October before opening in limited theatrical release later in the month. …
Russell: I was really pleased when Bone Tomahawk was chosen to close Fantastic Fest. I’ve been told that this was a big deal. The festival specializes in horror, fantasy, sci-fi, action, and just plain fantastic movies from all around the world. I’ve only seen the movie once, but I felt the final cut was what audiences would want to see. It’s a pretty good representation of the story that the script was trying to tell.