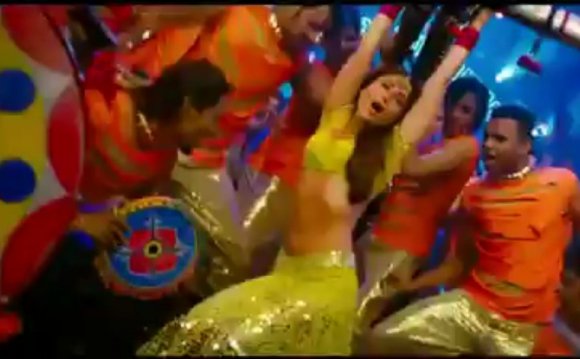 Is a 2012 Indian Tamil romantic-psychological thriller film written and directed by Aishwarya R. Dhanush in her directorial debut. It stars her husband Dhanush, who himself co-produced the film, alongside his wife. The soundtrack and film score were composed by debutante Anirudh Ravichander while the cinematography was handled by Velraj. The film gained high anticipation due to the viral marketing of the song "Why This Kolaveri Di". released on 30 March 2012 to mixed reviews.

The story opens with the death of Ram (Dhanush). His wife Janani (Shruti Haasan) realizes that her husband did not die naturally, as she finds his room stained with blood spatters. She recalls memories from when they first met and the story starts with a flashback when Ram and Janani were 12th grade students.

Ram is a rich happy-go-lucky boy. He sees Janani and has a crush on her straightaway. He begins to follow her around with his friends Senthil and Kumaran.

When Janani reciprocates his love, she is stopped by her family. When Janani's mother tells her that they are moving to America, Janani burns her passport so she can stay with Ram. She is then disowned by her family by her mother and she lands up at Ram's door. The two get married with Ram's father's help and lead a happy life.

The story then returns to reality with Janani finding a suicide letter in Ram's coat, and after reading it, she asks Senthil about his death. Senthil tells her the truth about Ram, that there were two sides to him. After Janani had told him she was leaving for America, the same night his best friend Kumaran had also planned to leave for Singapore. Ram couldn't take all this pain and went for a jag, which was when Senthil had realized that Ram was suffering from bipolar disorder.