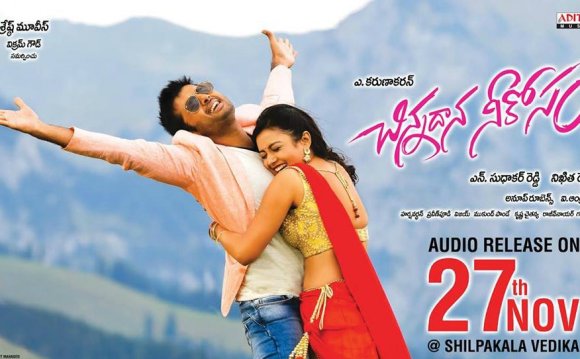 THE HERO has it all – The golden combination of director Anil Sharma, writer Shaktimaan, music director Uttam Singh and lead man Sunny Deol.

THE HERO has it all – Grand production values, breath-taking locales of the U.S., Canada and Switzerland, opulent sets... In fact, if at all there's a 'Lion-hearted Producer Award', it should be reserved for the Shah brothers of Time for sparing no expenses in making a film of epic proportions. Truly, the Shah brothers are the behind-the-screen heroes of this flick.

THE HERO has it all – Fiery dialogues that would send the crowd into raptures, references to the neighbouring country that would be greeted with cheers, like it happened in BORDER and GADAR, and also edge-of-the-seat stunts that make you gape in awe.

THE HERO has the looks of a hero, but unlike GADAR, it lacks the soul to make you cry and make your heart go out for the on-screen characters. The husband-wife-son saga in GADAR continued to haunt you even after the show ended. Sadly, THE HERO lacks in this vital department – emotions. And the emotions depicted Iin THE HERO are superficial.

Sunny Deol is an army intelligence officer posted in Kashmir. He has been posted there to keep track of the terrorists' activities across the border. He falls in love with Preity Zinta and soon, she becomes a part of his network.

Preity is sent across the border as part of a strategy, but soon the plan fails and Preity finds herself exposed to the militants – Amrish Puri, Khalid Mohammed and Rajat Bedi.

However, she escapes from their clutches and is saved by Sunny in the nick of time. Sunny and Preity get engaged but during the celebrations, the militants explode the place and Preity is feared dead.

However, Preity is very much alive and has reached the shores of Pakistan. She is saved by Parvin Dabas, but due to a shock, she cannot use her limbs. Parvin takes her to Canada for treatment and coincidentally, Sunny also reaches there to accomplish his mission.

The doctor treating on Preity is none other than Priyanka Chopra, who happens to be the daughter of Kabir Bedi, an accomplice of Amrish Puri. To have an access to Kabir Bedi, Sunny befriends Priyanka and plans to marry her. But Amrish Puri gets to know of Sunny's true identity. What happens next?

The problem with THE HERO lies in its screenplay. Now, that's all the more surprising since the screenplay was the highpoint of GADAR. Writer Shaktimaan goofs up bigtime in weaving a tale around the loves and lives of a spy, but the outcome is not as intriguing as a James Bond flick, nor is it as captivating as the Dharmendra – Mala Sinha hit ANKHEN.

To start with, the script relies too heavily on the nuclear bomb, sidelining the Indo-Pak issue or for that matter the Kashmir issue completely. The writer goes into the minutest of details explaining what a nuclear bomb is all about and how it gets made, making the goings-on too technical at times. To be honest, the making of a nuclear bomb or its parts hold no significance for the ordinary cinegoer. Moreover, the dialogues in English [at several places] may not find flavour with a sizeable chunk of the audience.

Ideally, issues such as crossborder terrorism and how the spy exposes the neighbouring country's devious plans should've been given prominence, since the common man can identify with these issues. Tracking the formula of a nuclear bomb could've been a small segment in the screenplay, giving it so much prominence was not required.

The film also lacks the romantic and emotional feel of GADAR. The romantic moments between Sunny and Preity are far too less and even the ones that have been depcited are not the type that would register an impact. The film has been publicised as a love story of a spy, but the love story is hardly exciting.

Even the Sunny – Priyanka love story should've had a solid foundation. At least there should've been some tender moments between them to justify their romance.

Director Anil Sharma takes a step forward when it comes to providing larger-than-life visuals. The money spent is visible in every frame, the grand look of the film just cannot be overlooked. But barring a few individual sequences, the drama clearly lacks a hammer-strong impact.