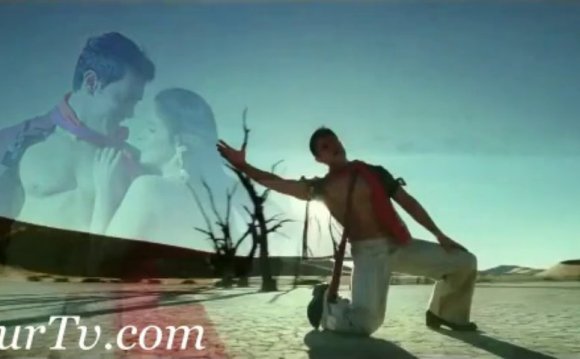 Gajini is a 2005 Indian Tamil psychological thriller film directed by A. R. Murugadoss and produced by Salem Chandrasekharan under Sri Saravanaa Creations. The film stars Suriya, Asin, Nayantara in lead roles with Pradeep Rawat and Riyaz Khan playing supporting roles. Harris Jayaraj composed the soundtrack and background music, while R. D. Rajasekhar and Antony were the film's cinematographer and editor respectively. The film explores the life of a rich businessman who develops anterograde amnesia following a violent encounter in which his love interest was killed. He tries to avenge the killing with the aid of Polaroid Instant camera photographs, permanent tattoos on his body and a medical college student.

The film was initially titled Mirattal with Ajith intended to play the lead role, but the project was shelved. Murugadoss retitled the production Ghajini and cast the new leads. The revived project was announced in February 2005. Production began shortly afterwards in April and was completed by March on the same year. The film was shot at Chennai, while two song sequences were filmed in Switzerland.

The film's main plot was adapted from Christopher Nolan's and comedy plot was inspired by 1951 British movie . It was dubbed and released in Telugu by Allu Aravind in November 2005, and both versions enjoyed critical and commercial acclaim. The film was released on 29 September 2005 and received positive reviews from critics with praise directed towards the performances of lead pair and the film's plot. It was remade into a Hindi film by Murugadoss again in 2008, starring Aamir Khan with Asin reprising her role.

Chitra (Nayantara), a medical student and her friends are working on a project about the human brain. She wants to investigate the curious case of Sanjay Ramaswamy (Suriya), a (former) notable Chennai based businessman, who is reported to have anterograde amnesia. Her professor denies access to Sanjay's records as it is currently under criminal investigation. Chitra, nonetheless, decides to investigate the matter herself.

Sanjay is introduced as he brutally murders a man. He takes an instant picture of the man, and writes on it "done". It is revealed that Sanjay has anterograde amnesia where he loses his memory every 15 minutes. Sanjay uses a system of photographs, notes, and tattoos on his body to recover his memory after each cycle. It is revealed that Sanjay is ultimately out to avenge the death of his lover Kalpana (Asin), and that he is systematically killing the people responsible. His main target is a man named Lakshman (Pradeep Rawat), a notable social personality in Chennai.

A police inspector (Riyaz Khan), on the case of the serial murders, tracks Sanjay down to his flat and attacks and disables him. The inspector finds two diaries where Sanjay has chronicled the events of 2002 and 2003. The film flashes back to 2002 as the inspector reads the diary. Sanjay Ramaswamy is shown as the owner of the Air Voice mobile telephone company. In the course of his business, Sanjay sends his men to meet Kalpana, a struggling model, about putting up a billboard above her apartment. The owner of Kalpana's advertising firm (Manobala) misinterprets this as a romantic advance, and in view of a possible lucrative Air Voice ad campaign and other benefits, encourages Kalpana to accept the overture. Kalpana thinks of this as an innocent prank that may fetch her better modelling work, and decides to play out the charade as Sanjay's girlfriend. She gives an interview in a magazine citing Sanjay as her lover interest. This irks Sanjay; as soon as Sanjay knows of this matter, he decides to confront Kalpana but falls in love with her on first sight. Thus, he introduces himself as "Manohar". Eventually both of them spend time together and gradually develop a liking towards each other. The diary ends with Sanjay proposing to Kalpana and promising himself that he will reveal himself as Sanjay Ramaswamy if she accepts.

When the inspector is about to read the 2003 diary, Sanjay regains consciousness, attacks him and ties him up. He tracks down Lakshman to a college function where Lakshman is the guest of honour. Sanjay took pictures of Lakshman and decides to kill him. He meets Chitra at the function who, after some conversation, decides to befriend him. Later that evening, Sanjay mistakenly attacks and kills one of Lakshman's goons in the parking lot. Lakshman is perplexed and fails to recollect the incident. He decides to find and kill his enemies one by one, but Sanjay is not among them.

In the meantime, Chitra visits Sanjay's flat and finds the inspector, beaten and bound. Chitra finds the two diaries and frees the inspector. She also finds that Lakshman is Sanjay's target. The inspector tells her that Sanjay is a known serial murderer. Sanjay arrives suddenly; he remembers neither of them and chases them out. The inspector is eventually hit and killed by a bus, while Chitra barely escapes, going into a phone booth. Believing Lakshman is in danger, she informs him that Sanjay is after him. Lakshman arrives at Sanjay's flat to kill him. He destroys all the photographs, notes and scratches off Sanjay's tattoos. Satisfied that he has neutralised Sanjay by wiping out any trace that connects back to him, Lakshman leaves. Meanwhile, Sanjay discovers that Chitra had warned Lakshman and goes to her dormitory to kill her, but Chitra calls the police and Sanjay is arrested.

Back in her dormitory, Chitra reads the diaries. The film flashes fast to 2002 then back to 2003. It is revealed that Kalpana had accepted Sanjay's proposal. This diary ends abruptly. Chitra investigates further, and discovers that Kalpana was travelling to Mumbai for a modelling assignment by train when she came upon 25 innocent young girls being trafficked to Mumbai. She saves the girls who name Lakshman as the ringleader of the racket. Lakshman kills two girls, who recognised him, and goes in search of Kalpana. His goons break into her apartment and wait for her to return. Sanjay arrives there to meet Kalpana. Her last word to him was "Po" (Go), a warning for him to leave. The goons attack Kalpana. Sanjay intervenes but Lakshman hits him over the head with an iron rod. Sanjay's last vision was to witness Lakshman brutally murder Kalpana with the iron rod.