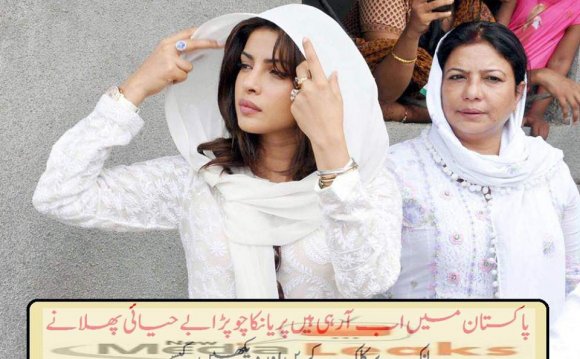 MayaIs a 2015 Indian horror film written and directed by Ashwin Saravanan. It features Nayantara and Aari playing the leads. Lakshmi Priya Chandramouli and Amzath khan playing supporting roles. It was dubbed in Telugu as "Mayuri".

Vasanth (Aari) is an artist who is working on a story about 'Mayavanam', a haunted forest. On his friend's birthday, he tells a story involving 'Maya', a malevolent spirit. He tells him about how one experiences chills and witnesses a spirit descending on them when you say "Maya. your daughter is not with me" three times. In order to ridicule Vasanth, the friend says the same three times, and a similar figure enters the room. He falls back in fear, and reveals itself as his wife. The next day, Vasanth shows the pictures taken by him during the dressed up Maya's entry to his boss, Ram Prasad (Amzath Khan) and Madan (Uday Mahesh), the episode writer on Mayavanam. Ram points out a smoky form near them and warns him of it. He tells him about a book, Asylum by Kate, that details the life of the mentally-ill who were forced into asylums and experimented upon. Madhan then recounts the story of one such inmate, a woman named Maya Matthews, who was taken to the asylum after murdering her husband and forced to give up her new-born daughter to the authorities in the asylum. She falls to her death from the building, with an expensive ring rumored to be on her body, and is buried in the grounds of the asylum (Mayavanam), where it is believed her vengeful spirit now roams. Later, Madhan and Vasanth's friend-an auto driver- visits Mayavanam to write about his last episode. Madhan disappears, and after escaping from Mayavanam somewhow, Vasanth's friend meet with grisly death soon, by falling off the building just like Maya, which spurs Vasanth to embark on an investigation into Mayavanam.

In alternating scenes, Apsara (Nayantara) is a single mother struggling to make ends meet by working in ad films. She is separated from her husband Arjun who is an actor, and lives with her friend Swathi (Lakshmi Priyaa Chandramouli) who works at a film production house, RK Studios. After a poster of the movie, Irul, that Swathi is currently working on is put on to the walls of the house, Apsara experiences strange things happening inside the house. She doesn't give much thought to it because she is always preoccupied by the loan that she has taken from a local Gunda. He keeps visiting her house demanding cash and she keeps putting it off by saying that the check she has been entitled to, after acting in an another ad film previously, keeps bouncing off. In frustration, she goes to visit the ad company where she learns that the producer has gone to take part in the contest arranged by Swathi's company. The contest is a promotional ad for Irul, in which contestants are awarded Rs. 500, 000 if they succeed in watching the horror movie alone at night without showing signs of fright. She catches an auto and goes to the studio. the scenes are alternated with Vasanth going to Mayavanam and the ad film producer watching the movie. by the time she reaches the studio, the producer is dead and is taken on a stretcher towards the ambulance. The director of Irul had witnessed the bizarre death of the ad film producer while watching the movie, but claimed to the police it was a heart attack.

All lost and her being emotionally tortured by the money lender, Apsara decides to watch Irul, to make ends meet. Swathi begs her not to, fearing for Apsara's life and in hope of the director backing her up, she appeals to him too, but the director supports Apsara even though he knows what could happen later on. The movie starts to play, and it is revealed that Vasanth's side of story is the film Irul. As Apsara continues to watch, she is inexplicably teleported into the movie. Ram and Kate, the author, is shown to make a man dig into the grounds of Mayavanam, searching for the expensive ring that Maya was said that died with. Vasanth gets caught by Kate and is held at gun point while they search for the ring. Apsara gets caught too, and when they eventually find Maya's coffin, a figure is seen to appear behind Kate and Ram, and all hell breaks loose. Soon Apsara and Vasanth get separated from the group, and are chased by the ghost. They fall into a big ditch and vasanth helps her out, while he stays in. She runs away and, and hears a baby's cry. She goes in search of it, when she gets shot by Kate's driver. After falling down, she is held by Maya who cries out in bitter rage and kills the driver. It is then revealed that Maya is Apsara's mother. She wakes up in the theatre, with her mother's diary on her lap, and the doll she used to play with, when she was a baby. It is later revealed that the person who played Vasanth in the film is Arjun himself and producer of the ad film who died earlier, was the one who sent Maya to the asylum and took her ring.

The final scene shows Apsara reunited with her husband and now acting in a movie about Maya directed by the same director as Irul.. As the shooting starts, the first scene being Maya sitting in a wheelchair, Arjun finds Apsara standing in a corner while everyone was assuming that she was the one sitting in the wheelchair. The film ends with the spirit Maya killing the director and Maya's ring falling out of his pocket.

The producers insisted that a leading heroine play the lead role, despite a modest budget and Nayantara was subsequently signed on. Aari was also selected to play the male lead in the film, after the makers were impressed with his performance in (2014). The film began shoot in June 2014 and schedules were canned continuously in Chennai.

Maya's soundtrack was composed by newcomer Ron Ethan Yohann. The soundtrack album was launched at RadioCity on 13 July 2015.

The official trailer of the film was released on 18 June 2015. The film released 17 September worldwide simultaneously as Maya in Tamil and mayuri Telugu. The satellite rights were sold to Sun TV.