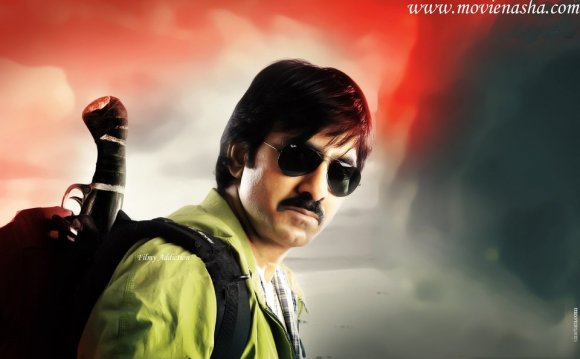 The Indian animation industry encompasses both 2D traditional, and 3D animation, as well as visual effects for feature films. In 1956, Disney Studios animator Claire Weekes, who had worked on, was invited to Films Division of India in Mumbai to establish and train the country's first animation studio as part of the American Technical Co-Operation mission. He trained a core group of Indian animators, whose first production was a film called The Banyan Deer (1957). Veteran animator Ram Mohan started his career at Films Division's Cartoon Unit.

Another landmark animated film from Films Division is "Ek Anek Aur Ekta", a short traditionally animated short educational film released in 1974. The film is presented as a fable meant to teach children the value of unity, and was frequently broadcast on India's state-run television station, Doordarshan. The first Indian animated television series is, aired in 1986 and directed by Suddhasattwa Basu. The first Indian 3D and VFX was done for television series by Animation.

In 2000, AK Madhavan (Mad Max) opened the doors of the Indian animation industry to the intensely competitive CGI global markets and sourced the first project from the international markets, putting India on the global map. He went on to co-produce India's first 3D stereoscopic full length feature film "Alpha & Omega" with Lionsgate.

The first Indian 3D animated film was, which was a joint venture between Yash Raj Films and the Indian division of the Walt Disney Company. It was written and directed by Jugal Hansraj.

24FPS Animation Awards is a celebration of animation excellence and recognition of the best animation talent in India. Organized with the aim of creating a platform that motivates, hones and showcases Indian animation and student talent. Annually held 24FPS Animation Awards is amongst the premier animation competitions in the country. It is organized by Maya Academy of Advanced Cinematics (MAAC) . The 24FPS Animation Award 2005-06 had more than 250 students that participated from across India. 24FPS acts as a catalyst to bring the students & studios at one platform wherein the students showcase their skills in front of the top industry professionals and studios, which in turn acts as a placement platform for the students.

Anifest India is an annually held animation festival with an education track. The focus is on technical and hands-on presentations with case studies from top professionals across holistic disciplines of art, animation and filmmaking. On the education side, premier schools and educators from all over India and overseas present their approach and viewpoints. The best student, faculty and professional films get showcased at the TASI Viewers Choice Awards (TVCA), an audience award which for many attendees is their first taste of attending a film festival and voting. Over three thousand people attend the festival which in recent years has spanned three entire days.

Annual Graphics and Animation Film Awards (AGAFA) is a new initiative of the Society for Animation in Delhi (SAID), instituted in 2013 with the objective of encouraging quality and creative production of Animation and related arts. The awards are given on the results of an annual competition in the field of thematic Graphic Design, Digital Painting and "Animation with a purpose". The Jury is independent and selected from among eminent arts personalities in these fields.

The Animation Society of India (TASI) is a non-profit organization with its head-office in Mumbai. It aims to educate about the emerging animation technologies and at the same time provide a platform for exchange of creative and technical information within the existing art and animation fraternity in India. It also hosts Anifest India, the biggest annual animation festival in the Indian subcontinent, which features the TASI Viewer's Choice Awards. It also hold technical and in-depth workshops and sessions nearly every month.

ABAI (Association of Bangalore Animation Industry), with its head office in Bangalore is another active association focusing on the AVGC markets (Animation, Visual Effects, Gaming and Comics). ABAI has not only helped bring out the first ever AVGC policy in the country in 2012 through Government of Karnataka, IT, BT & S&T Department but also continues to work closely with the State Government for programmed such as TTT (Train The Trainer), DAC (Digitalization of Art Colleges) and setting up of State of the Art AVGC Lab in Bangalore. ABAI also holds an annual summit – KAVGC Summit, an annual fest – ABAI Fest and various technical workshops and seminars throughout the year to further the cause of AVGC.

The Society for Animation in Delhi (SAID) is a non-profit body of independent, voluntary, enthusiastic artists of animation and related arts, registered under the Indian Societies Registration Act, 1860. Its primary mission is to encourage production of quality animation and creation of IP, graphic assets, and help in developing an animator-friendly eco-system for the purpose. SAID holds numerous events within the animation community –GURUMANTRA (an interaction between learners of animation and industry experts on selected subject); Eco-system Roundup (Industry meetup platform to discuss ways and means of making production happen and developments affecting the animation ecosystem); Mehfil-e-Animation (a Members-only event for critical review of an animation film, show-reel preview and pre-dinner talk on select subject); visits to institutions and studios; and Competitions in Graphic Design, Digital Painting and Animation Films leading to the Annual Graphics and Animation Film Awards - AGAFA, the first of which is in December 2013.