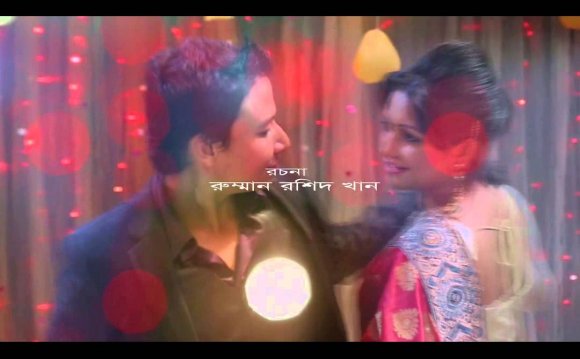 Prasenjit Chatterjee is the only hero in Bengali film industry after Uttam Kumar to hold his top position for more than two decades. No other heroes after Mahanayak sustains so long. Undoubtedly Prasenjit Chatterjee is the Numero Uno of Bengali films. His films still draw full attention of Bengali cine goers. He has become the idol of all the Bengali movie lovers after the legendary Uttam Kumar. However Prasenjit's humility is in complete contrast with his stardom. Born in Kolkata he is the son of actor Biswajeet.

Prasenjit appeared in a debutant role as a child actor in Chhotto Jigyasha (a little question). This film was a big hit. Prasenjit Chatterjee started off his career as a hero with Duti Pata (1983). The film belonged to the romantic genre and was a break away from the stereotypical films that were made at that time. The masses welcomed this break and the film rocked the box office. This film filled the vacuum by its presentation and mounting. Overnight Prasenjit became a star. After his first success he still struggled a lot to reach the position he is in today. Prasenjit went onto star in several commercial Bengali films that were super hits. The fate of the Bengali film industry also stabilised with the arrival of this star.

Apart from this Amar Shongi (1987) opposite Vijayeta Pandit, Apon Amaar Apon (1990) directed by Tarun Majumdar and Buddhadeb Dasgupta's Ami, Yaseen Aar Amaar Madhubala (2007) are the memorable films in his career. Amar Shongi, a musical romance, remains an all time favourite amongst the cine goers in Bengal. The songs from this film were runaway hits. Even today melody like 'Chirodini Tumi Je Amaar' is liked by all and sundry. Since his first day from movie career, he started experimenting with characters that are depicted in Rituparno Ghoshs movies.

For the past 25 years Prasenjit has been working as a lead actor. He has appeared in almost 270 films and most of these had been successful. He has acted opposite 50 female Bengali actresses as well. The list of his heroines includes some of the most talented heroines of all times, such as Debashree Roy, Konkona Sen and Rituparna Sengupta. Other than them he has also shared the screen with Rachana Banerjee, Indrani Haldar, Satabdi Roy, his wife Arpita, Aishwarya Rai, Raima Sen and others. Tapan Sinha, Tarun Majumdar, Prabhat Roy, Haranath Chakrabarty, Swapan Saha, Sujit Guha, Rituparno Ghose and Buddhadeb Dasgupta are the directors with whom Prasenjit has worked.

It is amazing how he has balanced the hardcore commercial movies with the serious films. Movies such as Utsab, Chokher Bali, Dosar and Khela have established him as one of the most talented actors of all times. He won National Film Award for Dosar and many other regional filmy awards.

His spontaneous and natural performance stirred the hearts of many Bengali movie watchers. His personal life was quite disturbed. At the age of sixteen his parents separated and the entire responsibility of his family including of his mother and sister was up to him. But his mother remains a great support all through his struggling phase. His first two marriages with Deboshree Roy and Aparna Guhathakurata failed but he is very happy now with his present wife Arpita Pal and his only son Trishanjit.