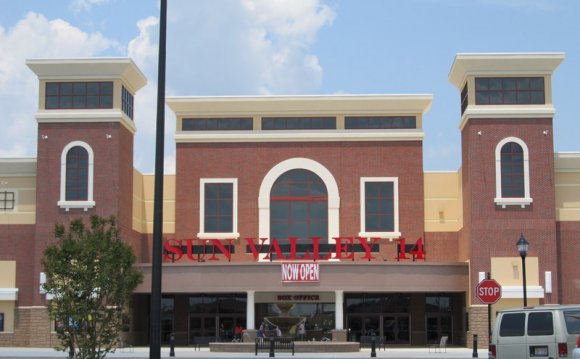 Charlotte, NC – Stone Theatres and MPV Properties are pleased to announce an agreement for Stone Theatres to build a 14-screen multiplex at RedStone, a 40 acre retail development located at Hwy 521 (Charlotte Hwy) and Hwy 160 in the Indian Land area of Lancaster County. The 53, 000 square-foot, state-of-the-art cinema will be the largest in the Lancaster County/Indian Land communities and is expecting to start construction soon, with an anticipated opening in late fall 2016.

The RedStone development was unanimously approved by Lancaster County Planning Commission at its February 23rd meeting and site work is slated to start immediately. The retail development is a mix of retail/restaurant and entertainment and is expected to attract national brands as tenants. “Indian Land is experiencing tremendous residential and commercial growth, and RedStone is ideally located to serve the growing retail needs of this market”, said Mike Bilodeau of MPV Properties. “We expect to attract a number of national, regional and local retailers to this project.” This development will change the shopping patterns for Lancaster County, keeping residents at home and spending in the area as well as attracting residents from southern Mecklenburg and surrounding counties. It is great for Lancaster County tax base, jobs and schools.
The 14-Screen Multiplex will feature:

“Stone Theatres is extremely excited to bring this much needed state-of-the-art facility to Indian Land and the surrounding communities, ” says company President and CEO Herman Stone. “Additionally, we are extremely enthusiastic about this wonderful opportunity to be a part of the RedStone development. We expect to build a beautiful show palace for the community, a place you will be proud to see a movie at. The site will be convenient for this growing community and upon completion should employ as many as 50 employees.”

About Stone Theatres, headquartered in Charlotte, NC, presently operates 4 locations with 56 screens located in North and South Carolina, including Sun Valley 14 located in Indian Trail, NC. Prior to forming Stone Theatres, Mr. Stone was President and CEO of Consolidated Theatres headquartered in Charlotte NC. Consolidated Theatres consisted of 34 locations and over 400 screens operating along the Eastern seaboard, including Phillips Place, Park Terrace and Arboretum in Charlotte, Manchester Village in Rock Hill, SC and Union Square in Monroe NC. The company has plans for continued growth throughout the eastern United States. Stone Theatres is committed to continuing its reputation as the premier theater operating company in the United States.

AFTER EARTH - Official Trailer - In Theaters 5/31