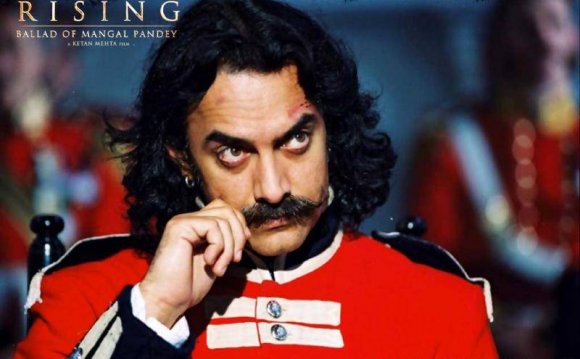 Planning a fun-filled Independence Day? Embrace this freedom by watching the most realistic patriotic movies which remind us of the long freedom struggle. Beginning with the Bhagat Singh biopic, do not forget to watch Ajay Devgn’s The Legend of Bhagat Singh. The actor won a National award for turning into the great freedom fighter, who was hanged by the Britishers at the mere age of 23. The film tells the nerve-wrecking tale of their 63-day fast unto death to improve the conditions of Indian freedom-fighter prisoners and their immense sacrifice for the nation.

Mother India is not exactly the tale of the freedom struggle but it threw light on the condition of the country and the struggle of a woman in such difficult situations. One of the best movies ever made in India’s history, it is the story of a poverty-stricken village woman named (Nargis) who single-handedly struggles to raise her sons against all odds. She fights against a zamindar while struggling hard to make ends meet. She carved the identity of an ideal Indian woman who shot her own son for the sake of justice. It is a must watch for every Indian as it was also India's first submission for the Academy Award for Best Foreign Language Film in 1958.

The 1997 J P Dutta film Border was the gripping visualization of the Indo-Pakistani War of 1971. With a big star cast of Sunny Deol, Jackie Shroff, Sunil Shetty, Akshaye Khanna, Pooja Bhatt, Tabu, Rakhi and many more, Border made the viewers weep in the movie theatres. The film successfully portrayed the sacrifice of the Indian jawans and the loved ones they left behind in grief. Border won several awards for touching the hearts of the Indians and its songs are still the hot favourite among moviegoers and soldiers alike.