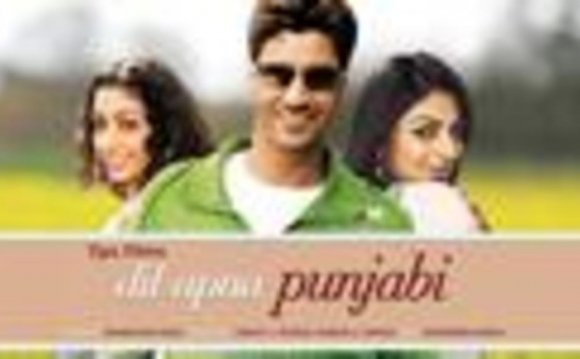 MUMBAI; 27th September 2015: The release date for Gippy Grewal’s next Punjabi blockbuster, Kaptaan has been announced. The film will release on 25th March, 2016.

Says Kumar Taurani of Tips: “The principal shoot of Kaptaan is complete and the post production work is on. We are extremely excited about how the film is shaping up and can’t wait to take it to the audience…It will release on 25th March, 2016.”

Revolving around a reluctant and loser lawyer who finds new meaning to his life and profession when he takes up an NGO case, the emotional and funny Kaptaan also stars Monica Gill and Karishma Kotak besides Gippy Grewal.

The film is being produced by one of the most prolific and successful film production houses of the country, Tips Films . Not only are they veterans of the trade and producers of many Bollywood blockbusters, Tips Films has also set high benchmarks in Punjabi films with three back-to-back blockbusters in Dil Apna Punjabi, Mel Karade Rabba and Jihne Mera Dil Luteya.

Kaptaan is being directed by Mandeep Kumar whose last couple of films have been superhits – Tere Naal Love Ho Gaya and Jihne Mera Dil Luteya.

A superstar, a super-hit banner and a successful director come together for the next big blockbuster in Punjabi cinema. That’s Kaptaan starring Desi Rockstar Gippy Grewal in the title role.

Kaptaan is being directed by Mandeep Kumar whose last couple of films have been super-hits; Tere Naal Love Ho Gaya and Jihne Mera Dil Luteya.

Says Kumar Taurani of Tips: “We are supremely confident that Kaptaan will be the next big Punjabi blockbuster. Having delivered hits we know the pulse of the audience in Punjab and are very excited about Kaptaan.”

: As of this month, TIPS Music will be working directly with radio stations in licensing their vast musical catalog. TIPS Music has decided to take this on in order to work closer with the radio industry and help create interesting programming innovations with their content. Says Kumar Taurani, “We’ve always worked closely with Radio Stations in promoting our content so it made sense that we now take up the licensing deals as well.”

About Tips Music: With a catalog of 25, 000+ hit songs across more than a dozen languages including Hindi, Punjabi, Marathi, Telugu, Bengali etc, TIPS has been a forerunner in the music industry. Known for hit soundtracks like Raja Hindustani, Taal, The Race Series, Ajab Prem Ki Ghazab Kahani, Khalnayak, Ramaiya Vastavaiya, Raaz, Phata Poster Nikhla Hero & many, many more. For the full list of the company’s catalog you can visit: www.tips.in

After the honorable Maneka Gandhi graciously launched the trailer of Entertainment at an event in Mumbai, she went on to host the premiere of the film in Delhi yesterday. Continue reading →

Akshay Kumar & Tamannaah joined RJ Malishka from Red FM Mumbai yesterday for an evening of Entertainment on Google+. They were in conversation with an amazing group of people associated with the cause Chai for Cancer. The team had a few laughs, heard some inspirational stories and Akshay even dedicated a song to them! Continue reading