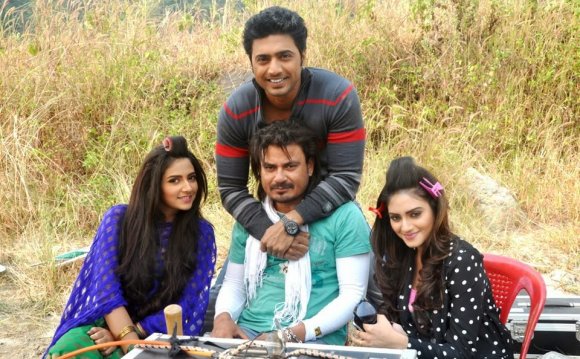 USP: National Award winning director Srijit Mukherji's ambitious puja release deals with the history of India-Bangladesh partition.The trailer that boasts of a female-dominated ensemble cast has already made waves on the internet and we simply cannot wait for the movie to release.

USP: The director's fourth Byomkesh venture based on the novel Kahen Kobi Kalidas is been looked forward to for reasons more than one. It will be interesting to see the very versatile Jisshu U Sengupta replacing Abir Chatterjee as master sleuth Byomkesh Bakshi.

USP: Sequel to the 2009 superhit of the same name, cross connection with Rimjhim Mitra, Ritwick chakraborty, Tanusree and Sayon Munshi in the lead. The story delves into the relationship problems that modern-day couples face in their lives. Expected to connect with the youth, Cross Connection 2 is one of the most-awaited releases this Puja.

USP: The story of the film revolves around the life of a newlywed couple who start out hating each other and eventually fall in love. The rom-com stars Dev, Srabanti, Mimi Chakraborty. Arindam Sil is also said to play an important role in the movie. Dev for Puja release- still need reasons to look forward to it?