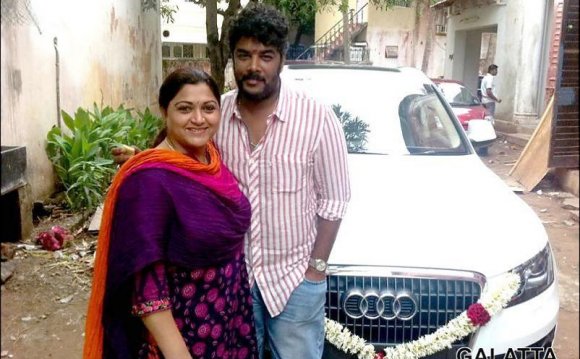 Fan culture exists across India. The way it is showcased and projected is different.

Rajanikanth is a favorite and most followed across south India. He is the most known actor across the entire country for that matter.

Hero Cult for the actors in south is due to fact that many of the first or second generation movie stars moved into politics as their retirement option. Many South Indian stars have a great presence outside movies, they are very active in social causes, which is seen only recently in Bollywood.

Stereo typing entire South India is not a right thing to do. In my experience, I have seen the Hero Cult high in Andhra Pradesh followed by Tamil Nadu. This is very low in Karnataka and comparatively low in Kerala.

I have gathered information from social media that may throw some light on the fan following for actors from various regions, this may not represent the entire fan population but it definitely provides a view on the fan following(have missed some actors as they may not be present on social media and also that i was not able to locate the right page: