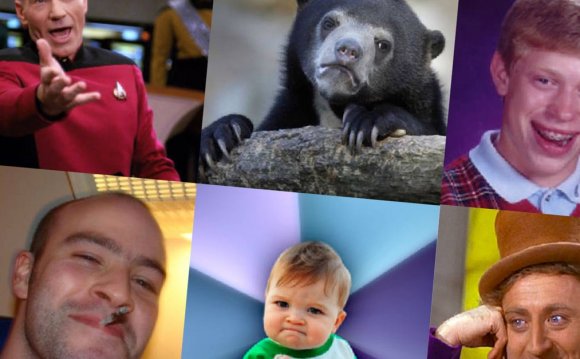 During his interaction with journalists at Indiantelevision.com, Vyas talked about what he thinks about broadcast journalism. His complaint was that journalists do less of research-based writing and are more interested in the financial details of the broadcasting business.

While dwelling on the businesses he heads, Vyas talks about how Sony MIX has tried to make the music channel musical from being a trade channel, on the preparations for Indian Premier League (IPL) season 7 and the preferences of Indian audiences for the film genre.

Following are the comments made by Vyas on films, music and IPL:

There is a channel dedicated to English movies dubbed in Hindi - UTV Action. If you look at the other channels - Sony MAX, Zee Cinema, Star Gold, & Pictures and Movies OK, almost 25-30 per cent of everybody’s FPC in a week comprises south Indian films dubbed in Hindi. South Indian dubs are a very integral reality of composition of every Hindi movie channel. There was reluctance from advertisers initially. Indians completely enjoy south Indian cinema. They might not know who is Nagarjuna or who Ravi Teja is but they love the action. They love the way the action is choreographed. They love the fact that there are no songs. They like the feel of the characters because they are larger than life.

They like the plots in south Indian films because they feel some of the plots are better than Hindi movie plots. Its vendetta, its revenge, it’s about the common man rising. These are the plots that work across.

The language of Indian cinema does not change just because the film is made in the south or made in Mumbai or Hyderabad. Most of the films dubbed are Telugu films which are over the top. Tamil films are by and large understated. Telugu films have blood and gore and all that. Indian viewer does not mind.

The characters are bound differently because of language reasons, geographical reasons. Otherwise Indian films are Indian films. Viewership tilts towards the male.

Hindi movie channels are skewed towards male. Unless you have Chennai Express which is very universal. If I have to give you some south Indian parallel is Telugu film Magadheera. We promoted it as a proper Hindi film blockbuster. It gave me a rating of 2 in the first screening. That cuts through all TGs and massive special effects.

International dubbed movies are not staple diet, but can be served as a surprise and can be a good break from the regular.

We went and bought more music and put more variety than anybody else. The other call we took was that whatever we do we should be musical. We will not have movies like some channels do. We will not have animated characters. Whatever we do will be music. We have got something like Solos. Singer comes and sings two lines. These are things that we did and after digitisation we got shelf space. We saw 13 weeks in a row we were the number one channel. But for that we did a lot of sacrifice. We reduced advertising time. Against 30 minutes I was doing 15-20 minutes.

The second edition was done in South Africa, but at that time the scale at which IPL was hosted wasn’t as big as it is today. Everything today has changed. So the campaign has to be bigger.

This season, if done outside India, will be very critical in terms of revenue as well. IPL for us is like a huge ‘Mela’. The ‘Mela’ gets prominence and written about because it happens in our city. If it happens outside India, it also impacts advertising, since the advertiser loses the buzz. It also has an impact on the rating. If IPL happens in South Africa, they will ensure that the match is aired in India at 8 pm. This time there will be only 60 games, because there is one team less.

We need to up the entertainment quotient. There has to be a call of action. These two states always have to go hand in hand. It needs to be engaging, entertaining and fun-filled. It needs to be riveting; it needs to cut through different kinds of loops. Can’t be very male dominated, can’t be very male–centric, can’t be very female centric, can’t be very children centric. So, it’s a tough brief, not a very easy brief; because these guys are used to very focused briefs. I say, “this is my TG, these are the values of my brand, this is what it needs to be and these are the values that need to come through my communication. So, the consumer knows that I’m buying this for this.

Farah brought her own style and because of the fact that she’s a director and actor, made it easier for her to get into the zone of her character. She knew the tone and tenor of what we needed. She has changed the entire paradigm of the campaign. Then we roped in Vishal – Shekhar, who she is very close with. So it became a huge family gathering. We also got Rajeev Sethi, the director of Keroscene Films is also a childhood friend of ours.

The 2014 campaign has no real people, they’re all models. Especially because our campaign is emotion based. One wrong reaction about what the character is feeling and the whole 30 second ad can go for a toss. That is why we spend a lot of time in casting. I personally am a stickler for casting!

This year, we are doing five 30-40 seconders and one 60 seconder and again there will be an anthem that’s been composed again by Vishal Shekhar. We’ll also have an Extra Innings music video shot on that with the actors and the commentators. So, it all comes together as a package.