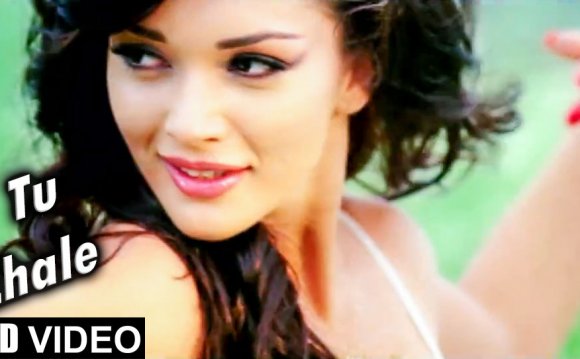 Bollywood's latest offering Sanam Teri Kasam has relesased today. The film's title will remind you of the hit song 'Sanam Teri Kasam' which had Kamal Haasan and Reena Roy in the lead. It has been a trend in Bollywood for many years to keep movie titles on old songs. Dilwale Dulhaniya Le Jayenge, Chalte Chalte, Kabhi Alvida Na Kehnaa, Jaane Tu Ya Jaane Na, here's a list of top 20 movie titles which have used song lyrics.

Bachna Ae Haseeno: Ranbir Kapoor starred in the film with his then girlfriend Deepika Padukone. The film's title was from a popular song on which Rishi Kapoor had danced. And in a befitting tribute to his dad, Ranbir Kapoor also performed on the hit number in his movie that released in 2008.

Dilwale Dulhaniya Le Jayenge: SRK, Kajol's eternal love story directed by Aditya Chopra took its title from a song in their own production 'Chor Machaye Shor' starring Shashi Kapoor and Mumtaz in lead roles. The song was superhit during its release.

Jab Tak Hai Jaan: Remember Hema Malini dancing in front of Gabbar Singh on 'Jab Tak Hai Jaan Jaane Jhan main nachoongi' in Sholay, the song is still instilled in the minds of movie lovers. And to cash in on its popularity, late Yash Chopra used the song's lyrics as the title for his last directorial starring Shah Rukh Khan, Katrina Kaif and Anushka Sharma.

Kabhi Alvida Na Kehnaa: Karan Johar also used a song for the title of his multi-starrer which was about relations.

Jaane tu Ya Janne Na: Imran Khan made his debut with the film. The song from which this movie's title was taken had Shashi Kapoor and Sharmila Tagore.

Dil Dhadakne Do: The title of Zoya Akhtar's Dil Dhadakne Do was taken from the song of her earlier directorial venture 'Zindagi Na Milegi Dobara.'

Om Shanti Om: SRK, Deepika starred in this film. Its title is based on the hit song 'Om Shanti Om' from Subhash Ghai directed 'Karz'.

Ramaiya Vastavaiya: The movie was a flop but the song from which its title was taken is still a hit. The song had showman Raj Kapoor.