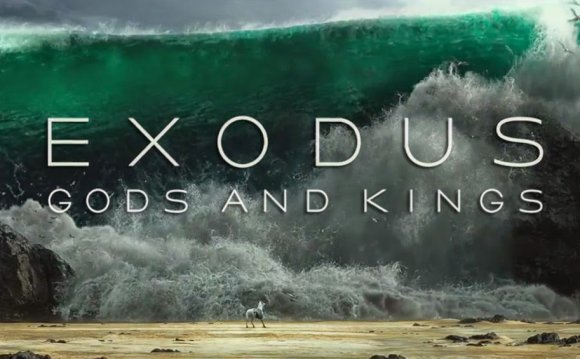 For a long time now, just about every other Bollywood movie has had a Punjabi connection. Many popular movies have been shot in Punjab due to its authentic culture and beautiful locations. It won’t be wrong to say that the Yash Raj banner introduced the country to the beauty of Punjab . Through ‘Dil Waale Dulhaniya Le Jayenege’, ‘Veer Zaara’, and ‘Rab Ne Banna Di Jodi’Yash Chopra has brought the true flavor of Punjab to Indian cinema.

We present to you the list of 10 Bollywood movies which were shot in Punjab.

Many popular movies have been shot in Punjab due to its authentic culture and beautiful locations. We present to you the list of 10 Bollywood movies which were shot in Punjab.

Udta Punjab: First on the list is Abhishek Chaubey’s yet to be released, Udta Punjab. This film stars ex-flames Shahid Kapoor and Kareena Kapoor with Diljit Dosanjh and Alia Bhatt. The shooting of Udta Punjab has completed its round of shoot in Amritsar. Recently, Kareena Kapoor was spotted at Golden Temple in Amritsar while shooting for this film.

Pinjar: This must watch Bollywood gem is based on the Punjabi novel of the same name written by Amrita Pritam. Pinjar explores the Hindu-Muslims problems during the partition of India. This movie was also shot in Amritsar for the reason of inculcating, the era of 1947. Apart from famous travel spots, Amritsar is tagged to be a food junction too. This place is perfect for a traveler who is a foodie.

Tanu Weds Manu: The queen of Bollywood (Kangana Ranut) made her mark through this film. The film has a portion shot in Kapurthala, Punjab. Even the song ‘Kitne Dafe Dil Ne Kaha’ was shot in one of Kapurthala’s Gurdwara. Famous Places to visit in Kapurthala includes Jagatjit Palace, Shalimar gardens and State Gurdwara.

Veer Zaara: The epic love story of Indian guy falling in love with Pakistani girl bagged much acclaim and appreciation for its script, songs, acting and direction. There is an exterior shot of the court where Veer's case was fought by Rani, this shot was taken in Khalsa college of Amritsar. The climax of the movie was shot at Wagah border of Amritsar.

Jab We Met: Shahid and kareena’s last movie as love birds has many shots of Punjab. Kareena’s famous dialogue ‘Sikhani hu main Bhatinda ki’ captures the very spirit of Punjab in the movie. The mustard field of Patiala has beautifully captured the romantic journey of Geet and Aditya. The movie was also shot in Chandigarh.

Luv Shuv Te Chicken Khurrana: This Anurag Kashyap and Siddharth Roy Kapur venture was a comedy tale featuring Kunal Kapoor and Huma Qureshi. The film was based entirely on a special recipe of Khurana’s famous Punjabi flavored chicken. It was shot in Ludhiana. A place called Field Ganj was chosen as a venue for shooting. Rakh Bagh Park and Gurdwara Nanaksar Jagraon are some poular places worth visiting while traveling to Ludhiana.

Mausam: This romantic period film starring Shahid and Sonam Kapoor was segregated into three stages of their lives. The first part of the film, mentioned as Ludhiana was originally shot in village Barauli near Gharuan in Punjab. The director of the film, Pankaj Kapur, who hails from Ludhiana, wanted to embed the small town culture of Punjab.

Bhaag Milkha Bhaag: Based on the auto-biography of Milkha Singh, this film aimed at capturing the aura of Punjab. Ferozepur in Punjab was thought to be the ideal location for certain stills of the movie. The film was also shot at the National Institute of Sports, Patiala (NIS) where Farhan Akhtar, is shown training for the Olympics. Ferozepur is a small town in Punjab; whereas Patiala has some popular tourist attractions like Sheesh Mahal and Lakshman Jhoola.

Dil Bole Hadippa: The movie was not able to create magic on the silver screen but, it was indeed great in showing the authenticity and the style and dialect of Punjab. Rani Mukherjee and Shahid Kapoor starrer this flick was shot in fields of Ropar in Punjab. So, if you are planning for a calm vacation with the backdrop of windy green fields, nothing can treat you better than this!