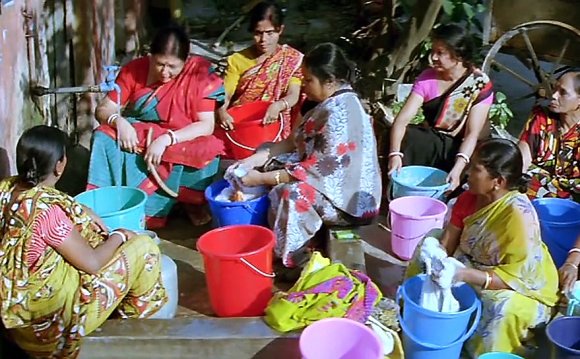 The movie is a humble tribute to Satyajit Ray's 1966 film Nayak and yesteryear Bengali superstar Uttam Kumar, who portrayed the title role in the film .

The film starts with a proposal of remaking Satyajit Ray's famous by a debutant director and storywriter Shuvobrata (Indraneil Sengupta) to famous Bengali actor Arun Chatterjee (Prosenjit). Arun approves Shuvobrata's proposal and agrees to finance the project. Shuvobrata requests his live-in girlfriend Srinandita or Shrin (Nandana Sen) to act opposite Arun. In the meantime, Arun and Shrin become close friends and Arun tells her about various incident from his past in an emotionally triggered condition. The exchange is videotaped accidentally and Shuvobrata on discovering it leaks it to the press, without Srinandita's consent, as a publicity stunt for the film. Srinandita leaves Shuvobrata on learning of this indiscretion. Arun, furious about the leak, bars the film from being released. Arun later learns that Shrin had no role in the leak and apologizes to her. The movie ends with Shrin leaving a note and a phone number for Arun at a roadside dhaba where they had met earlier.

The music of the film is composed by the very talented Debojyoti Mishra and Anupam Roy. The lyrics have been penned by Anupam Roy, Srijato and Srijit Mukherji. The song Aamake Aamar Moto Thakte Dao turned out to be immensely popular amongst the Bengali audience. Chal Rastay, Uthche Jege Sokalgulo and Beche Thakar Gaan also received wide critical acclaim.

The central character of the film is called Arun Chatterjee (Uttam Kumar’s real name). Srijit’s touches make this film and the central story significantly different from The film makes a few references to great filmmakers like Ingmar Bergman and films like . It alludes to the music of R.D. Burman and . There is also a sequence which uses the instrumental track "Yumeji's Theme" from Wong Kar Wai's film In the mood for love. There are pictures of Bengali film maestro Ritwik Ghatak and stills of Chhabi Biswas from his most memorable role in on the wall of the studio featured in the film. Autograph is one of the highest grossing Tollywood film of 2010.

At the Kolkata box office it went on a record-breaking spree running successfully for 120 days, apart from runs in Delhi, Mumbai, Bangalore and Pune.

Review website CalcuttaTube.com said it was "A must watch film that would touch your heart and soul." It said that the movie "offers insightful bytes into filmmaking/film-acting as choreographed on film, through carefully choreographed mise-en-scene, through imaginatively lit production design where the entire backdrop, plus the music and the sound motifs form a part of the cast and, through metaphorical music, matter-of-fact, no-nonsense dialogue with elaborately designed pauses and eloquent silences."